The great overabundance of colours caused by spring-flowering woody plants has passed. Still you can discover a lot in the Forest Botanical Garden to delight your eye, nose, and soul.

In the Forest Botanical Garden roses are represented by wild forms that bear simple flowers ranging from pure white to pinkish-white, yellow, and various shades of red, depending on the species. In May flowering period starts with the Dog Rose (Rosa canina) and extends into July, as is the case in the Red-leaved Rose (Rosa glauca). Originating from Korea the Rambler Rose (Rosa multiflora) is characterized by its low abundance or even complete lack of spines, and fascinating because of the small, pure-white or pinkish-white flowers, which are so numerous that they cover leaves growing from the branches almost completely with overwhelming cascades of flowers.

Everybody knows the pleasant feeling of sitting under a flowering, fragrant Large-leaved or Small-leaved Linden on a warm summer night. Those who have not had this pleasure yet should definitely come to the Forest Botanical Garden and try it out, so that they see what they have been missing out so far.

The Summer Lilac aka Butterfly Bush (Buddleja davidii) is in flower from July to September and is characterized by long lilac panicles. With a strong fragrance the flowers attract a lot of butterflies, thus not only beauty and scent of the flowers, but also a steady bustle of butterflies quicken the observer’s heart. 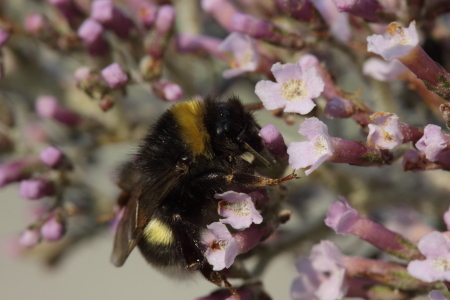 Within the Deutzia genus the Fuzzy Pride-of-Rochester (Deutzia scabra) and Kalmia-flowered Deutzia (D. kalmiflora) are still in flower, both of which are lovely, pinkish-white shrubs. July and August, when the summer heat reaches its climax, is the time of many cultivars of the Japanese Spiraea (Spiraea japonica) and the fragrant Lavender, the latter appearing in various shades of blue. 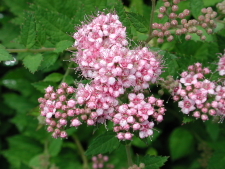 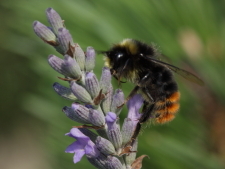 During the season, although the Forest Botanical Garden’s plant collection focuses on trees and shrubs, many easy-care or proliferating herbaceous, perennial plants and annual summer flowers can be marvelled at. At the beginning of summer the shining, bright- to golden-yellow flowers of Welsh Poppy (Meconopsis cambrica) appear within the half-shade below the Lebanon Cedar (Cedrus libani). These plants provide an inspiring picture particularly in the early morning, when the first rays of sunlight penetrate the tree crowns and shine on the flowers, which are occasionally still covered in twinkling dewdrops.

Since the end of May the indigenous the Bloody Cranesbill (Geranium sanguineum) has been in flower in sunny patches. Originating from the US, the California Poppy (Eschscholtzia californica) has been proliferating year by year, after only one initial planting several years ago. Resembling night caps turned upside down, its shining, yellow, orange or golden flowers are attached to delicate stalks carrying softly slit, bluish- and greyish-green leaves. It is a plant that finds its habitat and should be left at the place of establishment. Aconite species appear in unobstructed patches or even within half-shadow cast by taller trees. Once established, species of the Hosta genus are among the least demanding herbaceous perennial plants. Bearing large and, depending on species, bright- to dark-green or bluish leaves and, on top of these, bluish-lilac ears, they create an atmosphere of pleasant tranquillity. 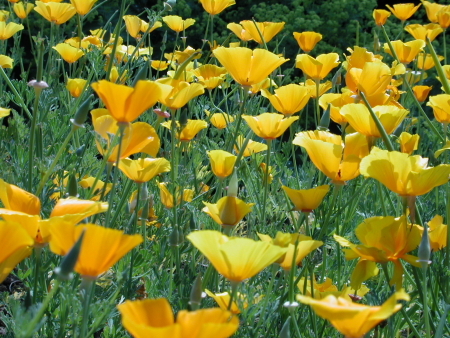 back: Spring flowering (April - May) 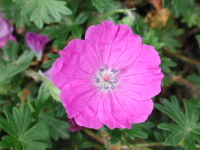