In coordination chemistry, typical ancillary ligands are anionic or neutral species. Cationic ones are exceptions and, when used, the positively charged groups are normally attached to the periphery and not close to the donating atom. However, a series of recent experimental, as well as theoretical results suggested that the utility in catalysis of cationic phosphines with no spacer between the phosphorus atom and the positively charged groups, for example cyclopropenium, pyridinium or imidazolium substituted phosphines, have been largely overlooked. In fact, our group has demonstrated that because of their specific architecture, these cationic ligands depict excellent π-acceptor character that can exceed that of phosphites or polyfluorinated phosphines. This property has been used to increase the Lewis acidity of the metals they coordinate. 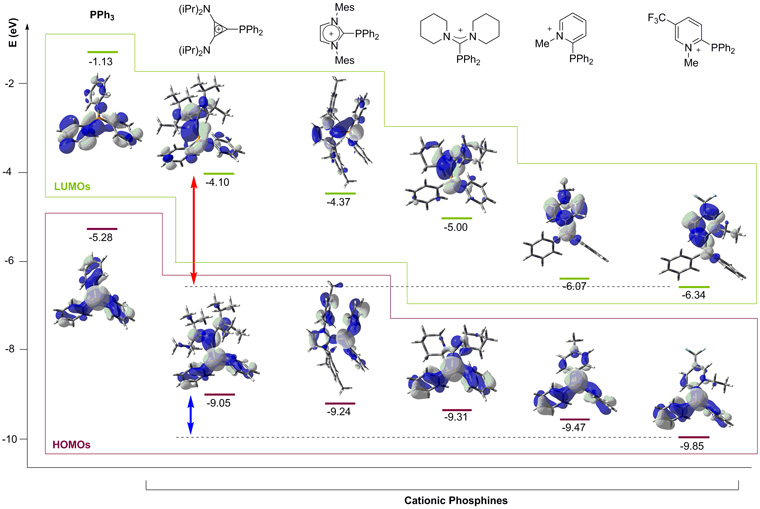 Hypervalent iodine compounds represent a powerful synthetic tool with remarkable scope as electrophilic group-transfer reagents in transformations such as trifluoromethylation, alkynylation, halogenation, amination, arylation and/or cyanation reactions. Nevertheless, their use presents some limitations, often related to safety issues. An emerging area of research in the Alcarazo group involves the synthesis of novel electrophilic- group-transfer reagents based on different main group atoms. Specifically, we have shown the ability of imidazolium sulfuranes to perform as I(III) analogues in direct cyanation and alkynylation reactions. The scalable synthesis of these electrophilic reagents, their stability and easy-to-handle properties, as well as their broad functional group tolerance, make these species a potential alternative to hypervalent iodine compounds in this particular area. 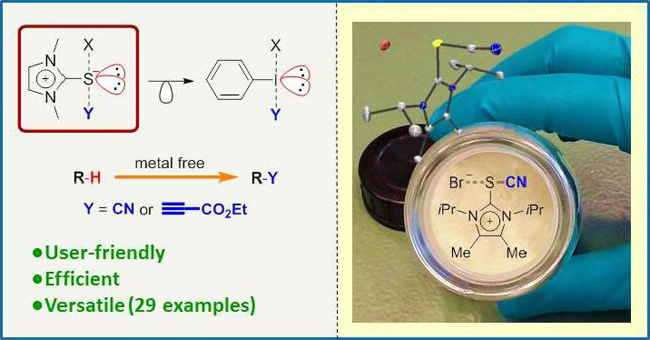 The design and synthesis of novel cationic ligands and their applications in π-acid catalysis is an ongoing topic of research in our group. We have previously demonstrated that the hydroarylation of 2-alkenyl-1,1’biphenyls in the presence of strongly π-acidic gold(I) and platinum(II) catalysts proceeds highly efficiently to a variety of substituted phenanthrenes. The extension of this methodology using chiral, cationic ligands in the asymmetric synthesis of helicenes represents a novel and general pathway to such structures. 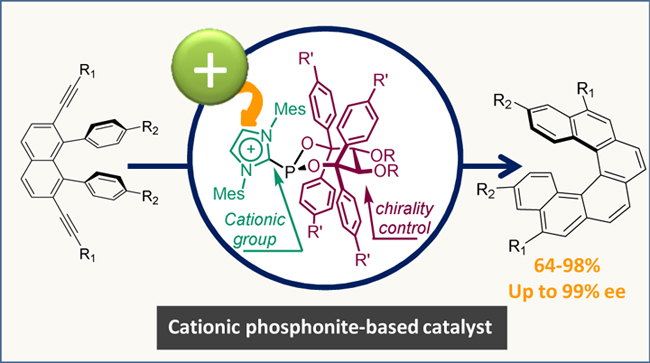