• Son of an underprivileged weaver
• Received his High School education through recommendation by professors
• 1820–1822 – studied theology and philology at Göttingen
• 1827 – Professor
• 1835 – succeeded Tychsen as honorary professor (Titular-Professor) of Oriental Languages
• 16 December 1837 – dismissed for being one of “The Göttingen Seven,” a group of Göttingen professors who had accused King Ernst August of breach of the constitution due to the repeal of the state’s Constitutional Law of 1833
• 1838–1848 – appointed to the University of Tübingen; after 1841 he was appointed to its Faculty of Theology
• 1848 – re-appointed at Göttingen
• 1867 – dismissed from this position (with remuneration) due to his refusal to pay tribute to the Prussian King
• 1868 – denied the right to lecture
• 1869–1875 – Parliamentary representative of the city of Hanover in the German Reichstag

Already at a young age, Ewald’s exceptionally broad knowledge of Semitic, Iranian, and Indian languages (Sanskrit) brought him fame beyond Germany’s borders. Among his students were a number of significant Orientalists from different fields including A. Dillmann, M. Haug, J. Gildemeister, R. Roth, F. Wüstenfeld and, especially, Th. Nöldeke and J. Wellhausen. The latter two stood by him even after 1866 when his stubbornly righteous adherence to overtly Hanoverian principles completely isolated him.

Next to W. von Humboldt, F. Bopp, and J. Grimm, Ewald was a main representative of the romantic school of linguistics, and he also became a founder of modern Semitic Studies as a discipline of comparative philology.

His main achievement in the field of Old Testament studies was Die Geschichte des Volkes Israel (8 vols., 1843–1868). Arabic studies are particularly indebted to Ewald for two publications: first, his analysis of Arabic metres, in which he proved their quantitative character in contrast to the traditional conception offered by the Arabic grammarians (De metris carminum Arabicorum libri duo, 1825) and second, a subsequent publication that also aimed to outgrow the indigenous system of Arabic grammar (Grammatica critica linguae Arabicae, 2 vols., 1831–1833). 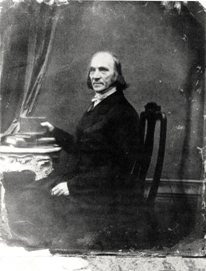