• Son of the High School teacher Dr. W. Boetticher
• 1854 – adopted by E. de Lagarde, a great-aunt
• Studied theology, philosophy, and Oriental languages in Berlin and Halle
• 1850 – appointed an Associate Professor
• 1852 – received a travel grant enabling him to travel to England and France
• 1854–1866 – High School teacher in Berlin
• 1866–1869 – independent scholar
• 1869 – succeeded Ewald as Professor and Chair of Oriental Languages at Göttingen

Lagarde became famous primarily due to his major project, a critical edition of the Septuaginta, a project which was continued after his death yet still remains unfinished. In this context, he promoted Arabic studies, in particular in the areas of Bible translations (Die vier Evangelien arabisch, 1864; Psalterium Job Proverbia, 1876), but also, for example, through a new, corrected publication of Pedro de Alcalá (Göttingen 1883). However, despite the fact that the development of the philological-historical disciplines had long surpassed his linguistic studies, which were still attached to the spirit of late romanticism, he remained for his entire life a man of plans and projects, who sadly lacked the persistence to succeed with a major study.

Lagarde was a complex and unhappy personality, weighed down by a sad childhood. In conflict with himself and the world, he was both anti-Church and anti-Semitic and he dreamed of the unification of the Germans through a nationalized Christianity. 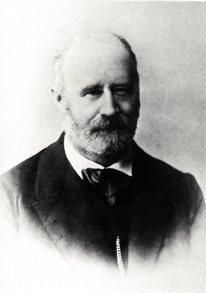