Wüstenfeld dedicated almost all his time to the study of Arabic, and the longer he studied, the more he focused exclusively on the Arabic language, despite the fact that he had initially studied all Oriental languages, including Sanskrit. Next to the Vergleichungstabellen (the last edition was prepared by B. Spuler in 1961) and other outdated reference works on genealogy, historical writing, and the history of medicine, Wüstenfeld produced a number of most important editions of classical Arabic texts (with indices) such as those by Ibn Hisham, Ibn Qutayba’s Ma‘arif, Ibn Khallikan, Bakri’s Mu‘jam, Yaqut’s Buldan, Qazwini’s ‘Aja’ib, and others. As these editions do not follow the principles of classical Arabic philology, their value varies depending on the manuscripts on which they were based. Nonetheless, Arabic and Islamic studies owe a debt to Wüstenfeld’s extraordinary fervour and his works have been truly indispensable for a long time, and some remain so even today. 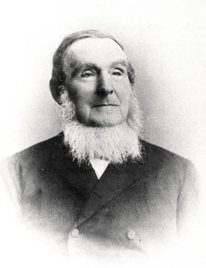