Born on 8 June 1881 in Neunkirchen, near Bad Mergentheim
Died on 5 February 1965 in Berlin

• Son of a pastor
• Studied theology in Tübingen; 1904 exams; 1905–1910 library service at Tübingen
• 1907 – promoted to Doctor of Philosophy with an Arabic studies dissertation supervised by Seybold
• 1910–1913 – conducted editorial work for the Encyclopaedia of Islam in Leiden, Holland
• 1914 – completed his habilitation in Kiel with Georg Jacob as his mentor
• 1918 – appointed as Professor at Leipzig and as Professor and Chair at Königsberg
• 1926 – Professor at Heidelberg
• 1930 – Professor at Göttingen
• 1936 – Professor at Berlin

Richard Hartmann’s academic lifetime achievements are remarkable due to his wide range of research topics, which include studies on individual aspects of the cultural and intellectual history of Islam, such as the historical geography of Palestine, the development of Islamic mysticism (Zur Frage nach der Herkunft und den Anfängen des Sufitums, 1916), Mamluk history (Zur Vorgeschichte des ‘abbasidischen Schein-Chalifats von Cairo, 1950), and the origins of the Wahhabis. His interests also included instructive survey studies (such as Die Religion des Islam, 1944), as well as articles for non-specialist readers. While dealing first and foremost with the past, he did not neglect the problems and developments in Muslim countries of the present day (e.g., Die arabische Frage und das türkische Reich, 1918; Ziya Gök Alp’s Grundlagen des türkischen Nationalismus, 1925). 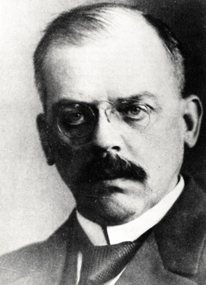