Wellhausen had the exceptional ability to appreciate written monuments for their twofold value, that is, for being both literary and historical testimonies. Moreover, he was capable of making multi-layered and continuously re-worked texts accessible through appropriate analysis of their sources in order to reconstruct the “original” content of a transmitted account.

One of his trail-blazing achievements was a historical-critical illumination of the traditions of the Old Testament (Geschichte Israels, I, 1878; Prolegomena zur Geschichte Israels, 1883). However, this resulted in opposition from conservative theologians so that he eventually decided to join the Faculty of Philosophy. His reconstruction of the early history of Islam from al-Tabari’s Cronicle constitutes another epoch-making research that found its most fruitful expression in Das arabische Reich und sein Sturz, 1902. Research into the political developments of early Islam—an important component of Islamic Studies—was thus raised to a new level regarding both content and, in particular, method. 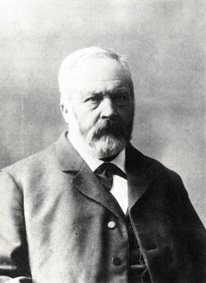