Observation including Göttingen participation confirms one of the oldest Chinese measurements

For the first time, a European research team involving the University of Göttingen has discovered the remains of a nova in a galactic globular cluster. A nova is an explosion of hydrogen on the surface of a star which makes it much brighter. The remains have formed a glowing nebula. The remnant is located near the centre of the globular cluster Messier 22 and has recently been observed using modern instruments. The results will be published in the journal Astronomy & Astrophysics.

"The position and brightness of the remains match an entry from 48 BC in an ancient collection of observations by Chinese astronomers," says first author Fabian Göttgens of the Institute for Astrophysics at the University of Göttingen. This is research carried out for his PhD in the Stellar Astrophysics research group lead by Professor Dreizler.  "They probably saw the original nova in the same place." This means modern measurements confirm one of the oldest observations of an event outside the solar system.

Globular clusters are large, spherical clusters of several hundreds of thousands of very old stars that orbit together around their home galaxy. There are 150 known globular clusters orbiting our galaxy, the Milky Way. Messier 22 is one of these star clusters, it lies in the constellation Sagittarius in the direction of the centre of the Milky Way. It was observed together with two dozen other globular clusters with the instrument MUSE at the Very Large Telescope of the ESO in Chile. The MUSE instrument was developed with the participation of the Institute for Astrophysics, which was funded by the BMBF. It does not only produce images, it also simultaneously splits starlight by colour, measuring the brightness of stars as a function of colour. This makes it particularly suitable for finding nebulae that often only glow in a certain colour - usually red.

The newly discovered remains of the nova form a red shining nebula of hydrogen gas and other gases, which has a diameter of about 8,000 times the distance between Earth and Sun. Despite its size, the nebula is relatively light, with a mass about 30 times that of Earth, because the gas was dispersed by the explosion. 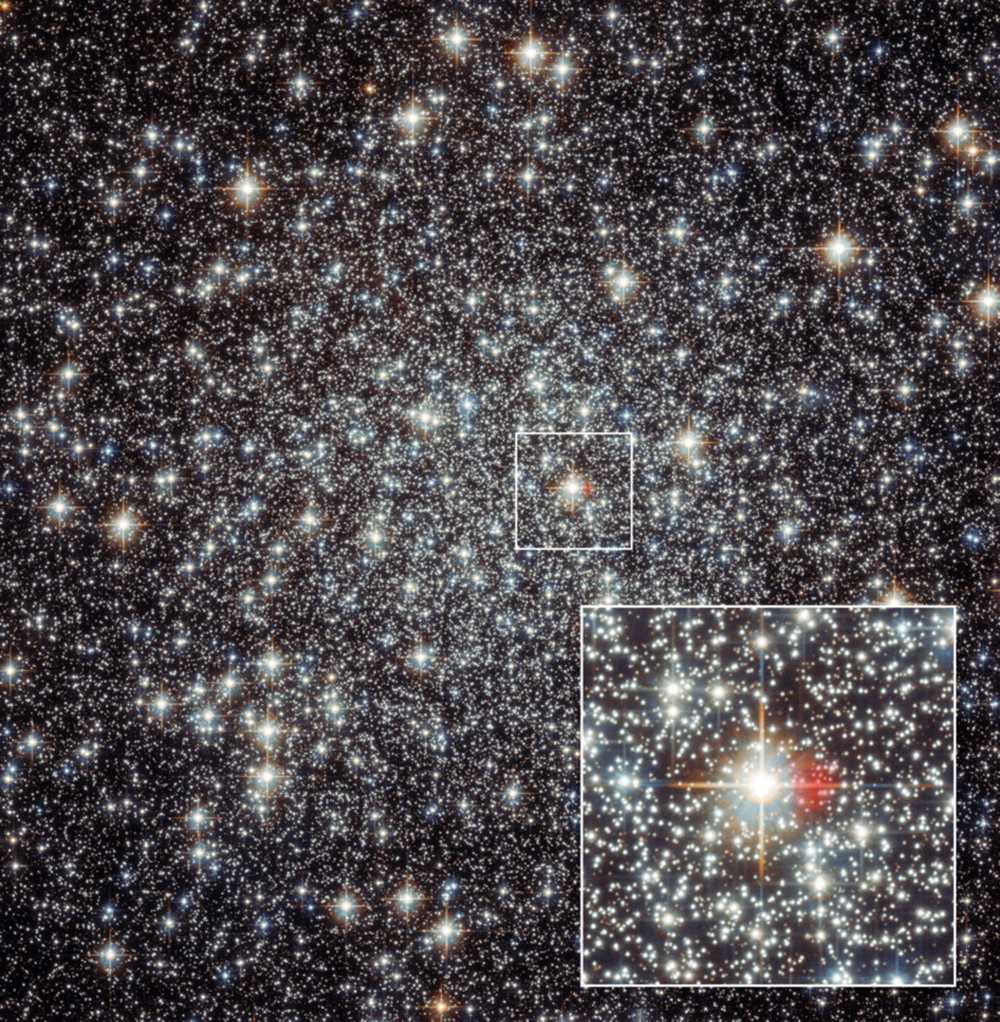 Near the centre of the globular cluster Messier 22, the team of scientists discovered the remains of a nova. 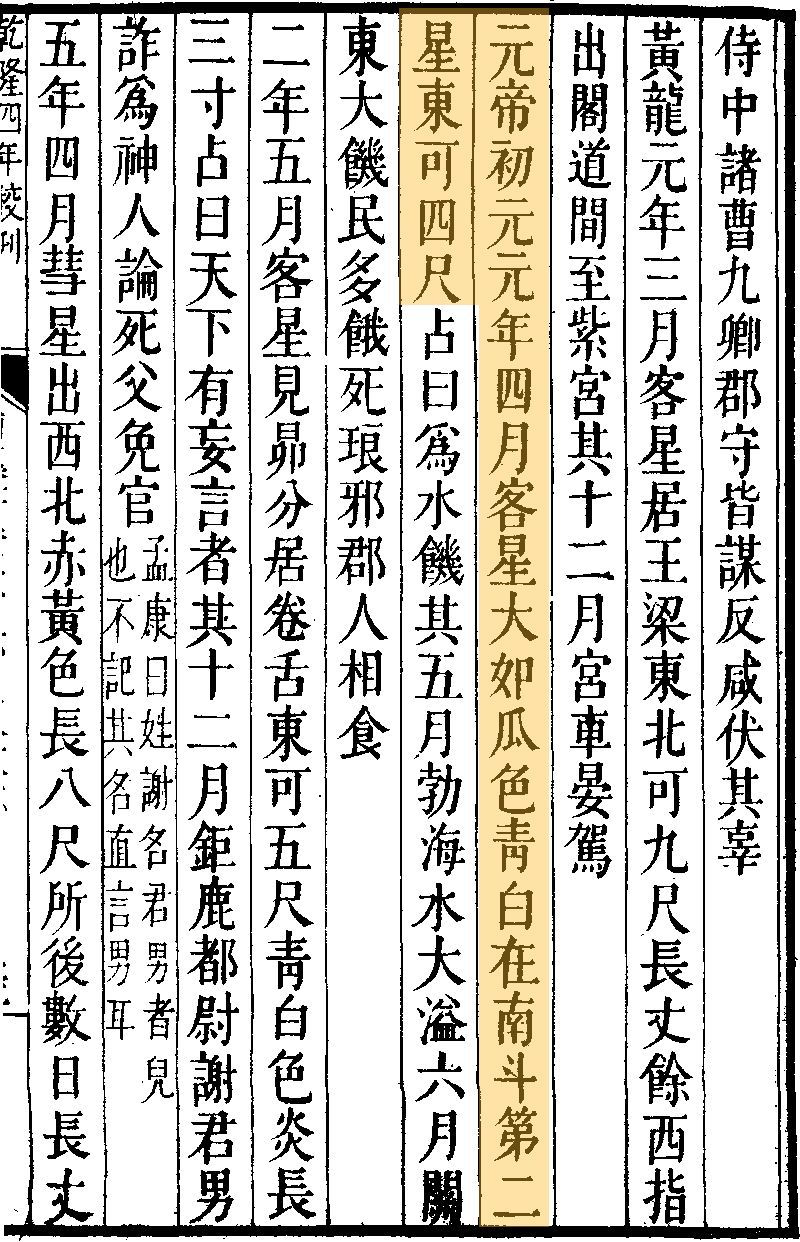 This Chinese text (marked in orange) from an ancient collection of observations (https://ctext.org/) describes a sighting of the original Nova by Chinese astronomers from the year 48 BC 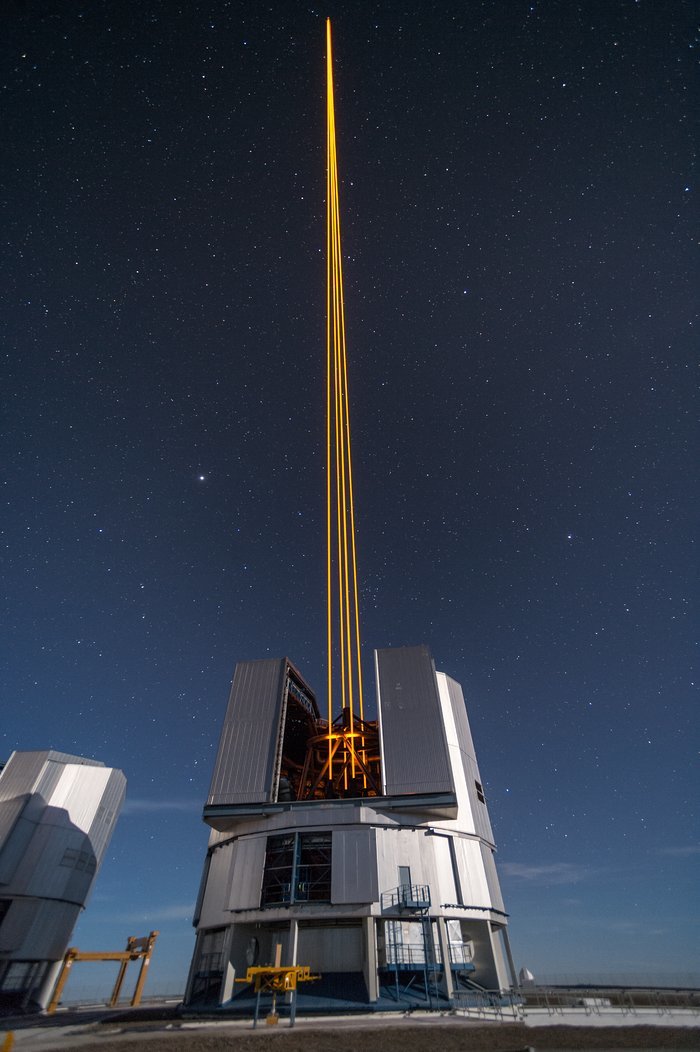 The telescope used to view the 2,000-year-old remnant of the nova: the most powerful laser guide star system in the world showing its four laser beams coming from the system at the main telescope 4 at the VLT (Very Large Telescope).