Albrecht von Haller (1708-1777), after whom the institute for plant sciences is named, was a Swiss medical doctor, botanist and poet. He was a professor in Göttingen between 1736 and 1753 and founded the botanical garden. Before coming to Göttingen, he collected a herbarium of 573 specimens in the Alps in 1732, which became part of the Hugo Herbarium (see August Johann von Hugo Herbarium), and which was acquired by Göttingen University in 1764.

The Albrecht von Haller collection was revised by Heinrich Zoller in the 1950’s, who added binomial names to the pre-Linnean names. During this revision, all specimens were mounted on proper herbarium sheets, but they were put back into the original books with a leather cover. The whole collection has been digitized and is available through jstor plants. 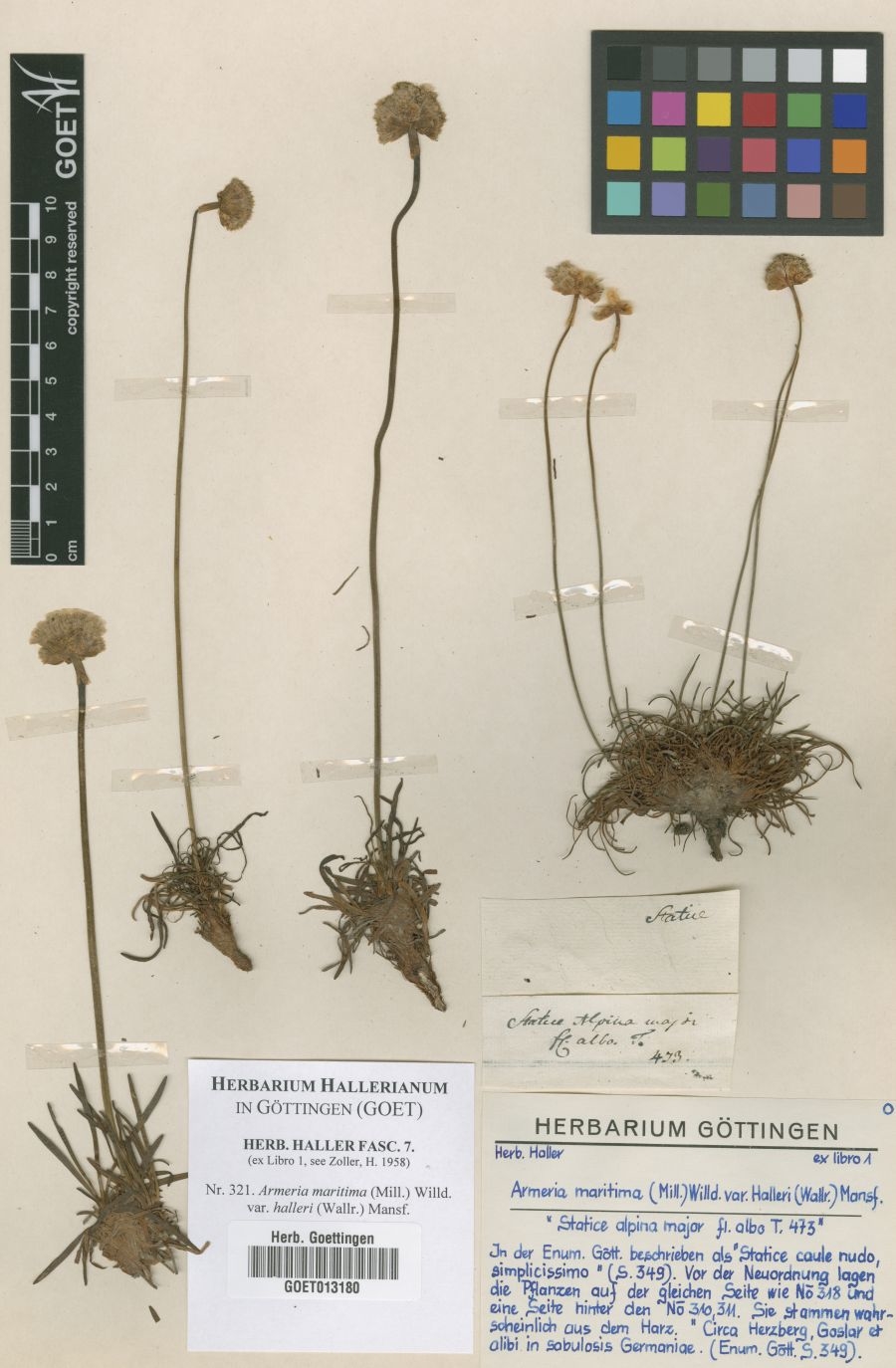 Von Haller’s collection of Armeria maritima ssp. halleri, a subspecies that was named after him.