August Johann von Hugo (1686-1760) was a medical doctor who later became the personal physician of the king of Hanover. Von Hugo did own collections e.g. near Hanover and in France and Italy, but he received/acquired most of his herbarium specimens from other botanists. Göttingen University acquired von Hugo’s herbarium shortly after his death and it contained a total of 50 volumes (books). Our Albrecht von Haller plants (573 specimens) and the Plantae Malabaricae (801 specimens) were originally part of the Hugo Herbarium and these two parts add up to roughly half of the Hugo Herbarium. The second half of the herbarium (the “Hugo Herbarium”; 1751 specimens) is kept separate from the main collection and still exists in its original condition. It is impossible to tell how many of the specimens von Hugo collected himself, because the label information is very scarce (some specimens have no label whatsoever). It is known that some collections were made by Weiss and Willich. 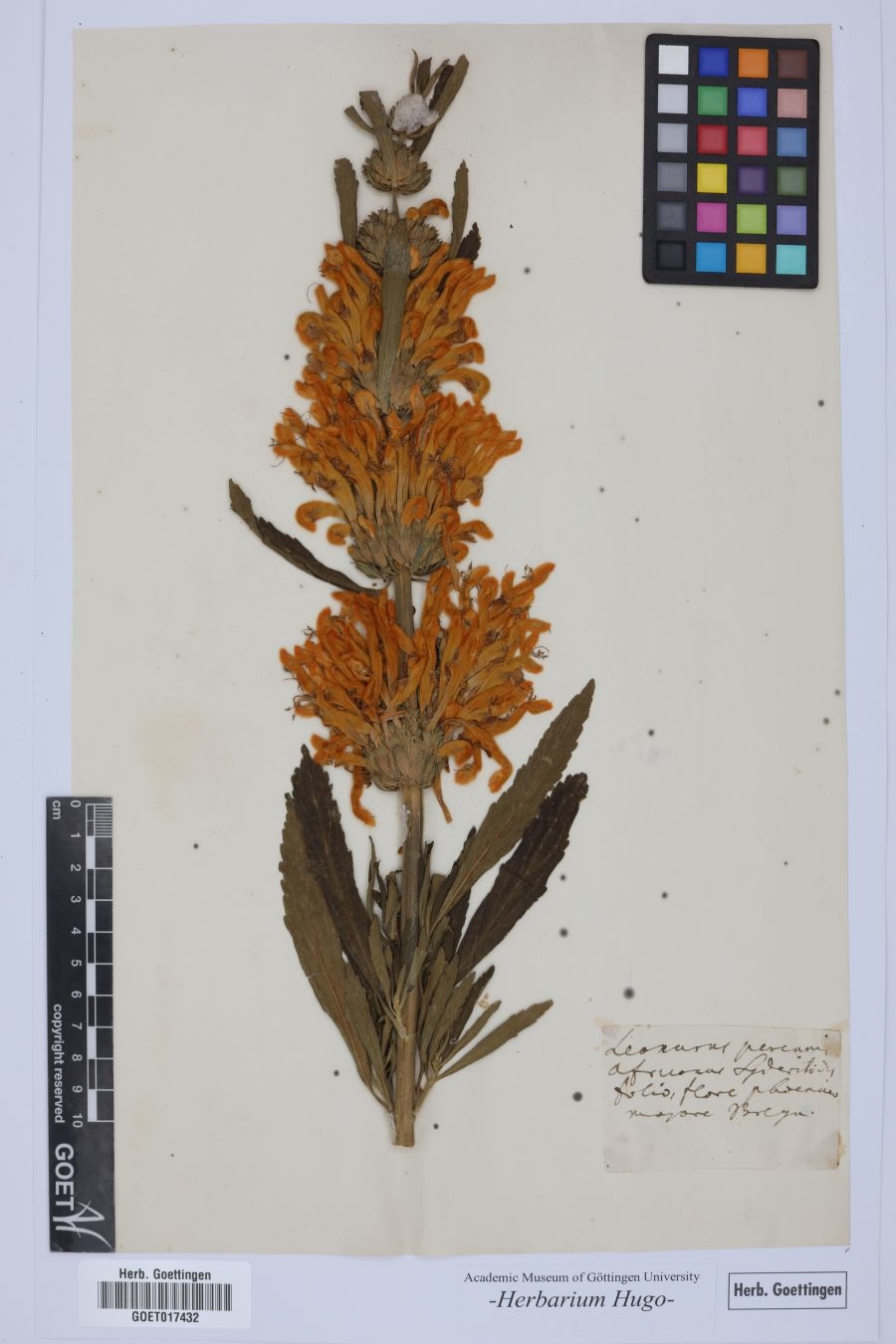 A specimen of Leonotis leonurus (Lamiaceae) from the von Hugo herbarium