Fellow October 2010 to July 2011
Ph.D., Professor em. for Biblical Studies at the University of Haifa, Israel

Born 1939 in Jerusalem, Israel
Studied Religion and Literature of Ancient Judaism with a special focus on Dead Sea Scrolls and Contemorary Jewish Literature

Research Projects:
a. Non-Sectarian Qumran Texts which Rewrite the Hebrew Bible
b. The History of Research into the Dead Sea Scrolls

a. In the context of the research project "The Patriarchs in the Bible and at Qumran" (conducted with Professor Reinhard Kratz) I will prepare for publication a monograph on Qumran Texts which rework the Pentateuch. The volume includes some twenty short texts, consisting of fresh editions, translations and extensive commentaries and introductions. None of these texts employ the nomenclature and style typical of the literature produced by the Qumran community. The volume aims at examining the impact of this fact on the character and type of biblical reworking of these texts. Another purpose of the volume is to place the biblical interpretation gleaned from the texts in the wider context of Jewish literature of the Second Temple period.
b. A second project, elaborated together with PD Dr. Annette Steudel, is to prepare for publication a volume entitled The History of Qumran Research. The volumes surveys the research conducted in various countries in an effort to follow the peculiar and intricate research history of the Dead Sea Scrolls, and also serve as a guide to the constantly expanding field. 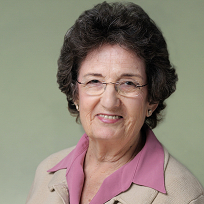 Link to University of Haifa