Prior to his academic activity he worked as management consultant on a wide variety of strategic and operational projects in the private sector. His areas of interest lie in the fields of international and comparative political economy. His current foci in research and teaching are the role of transnational networks and regulatory regimes in global governance as well as the institutional mechanisms in the governance of international finance.

10/1999 - 08/2006
Studies of Public Policy and Management at the Universities of Constance and Kingston (London); Degree: Diploma (MA equivalent) 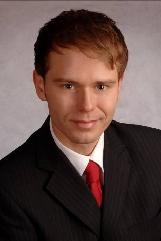