Research Project:
Revision of my Handbook Textual Criticism of the Hebrew Bible

The area of the textual criticism of the Hebrew Bible has changed much in the last two decennia since I wrote the first edition of my handbook, Textual Criticism of the Hebrew Bible (first edition 1992, second edition 2006; Hebrew edition 1989; German edition 1999, Russian edition 2001). Since the second edition differed little from the first, I now have to cover twenty years of research while at the same time integrating my own new insights into the revised edition. The publication of the Biblical Dead Sea scrolls requires an updating of views on specific biblical books, on the textual variety in the last centuries BCE, and on the realia of writing scrolls in that period. At the same time, all sub-areas in textual criticism have been significantly developed over the last two decades. A better understanding of the most important witnesses, the Masoretic Text, the Greek Septuagint, and the Samaritan version of the Hebrew Pentateuch requires us to change major aspects of our handbook. There is a growing interest in the early textual versions of the Bible among exegetes, theologians, and historians, since most scholars realize that the literary study of the Bible cannot be limited to its central Hebrew (Masoretic) version.
During my research stay at the Lichtenberg-Kolleg, I plan to conduct research on several fundamental problems related to the textual criticism of the Hebrew Bible: the original text(s) of the Hebrew Bible, possible stabilization of the Hebrew text in the first century CE, the pre-Samaritan texts, theological elements in the textual transmission, the text of the Bible in Qumran, the text-critical value of the LXX in the different Old Testament books, and a didactic approach towards teaching textual criticism. I intend to write papers on several of these areas and to include the results of my research in the revised handbook. I also intend to consult the data stored in the Göttingen lexicon project of Qumran texts directed by Prof. Dr. R. Kratz as well as the data collected by the Göttingen Septuaginta project.

Tov, E. 2004. Scribal Practices and Approaches Reflected in the Texts Found in the Judean Desert. Leiden/Boston: Brill (Studies on the Texts of the Desert of Judah, 54). 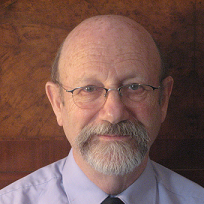