The main goal of the proposed project is to study the evolution of polyploidy and apomixis, asexual reproduction via seeds, in the plant genus Zanthoxylum (Rutaceae).

Zanthoxylum is a species-rich genus with a wide distribution in all tropical regions plus temperate areas in North America and East Asia. While most species seem to be paleopolyploids with 72-80 chromosomes, chromosome counts of several temperate and Hawaiian species suggest an octaploid cytotype with up to 144 chromosomes. Apomixis has been documented for several temperate species and most of these species are octaploid. So far, there is a large bias towards the few temperate species in the studies about ploidy levels and apomixis in Zanthoxylum and the mode of reproduction in apomicts has not been described sufficiently. Within the proposed study, we will generate karyological data (chromosome counts, ploidy estimations using Flow Cytometry and other methods) and describe the mode of reproduction via microscopic studies and germination experiments for as many species as possible.

In order to link this data with the evolutionary history of Zanthoxylum, we will generate a detailed phylogeny based on High-Throughput Sequencing (HTS) data. We will apply the HTS method Target Enrichment (TE) and have established the method for Zanthoxylum in a pilot study in which a custom TE bait set for the genus was designed. A well-resolved and dated phylogeny will allow to determine the relationships of polyploid and apomictic taxa as well as to determine the numbers of polyploidization events and independent origins of apomictic reproduction. A larger distribution and a wider and more extreme ecological niche compared to the sexual parental species has been described for a number of apomictic taxa and this phenomenon has been named “geographical parthenogenesis”. Our hypothesis with the data at hand is that all temperate species of Zanthoxylum are apomicts and that apomixis has been an essential prerequisite for the colonization of temperate regions and for the colonization of East Asian regions from a temperate American ancestor.

Polyploidy may be the result of genome duplication within a species (autopolyploidy) or may be linked to hybridization (allopolyploidy). So far, no hybrid taxa have been described for Zanthoxylum, and studying phylogenetic incongruences in the TE sequence data will allow to determine if hybridization or other evolutionary processes such as Incomplete Lineage Sorting (ILS) have taken place in the evolution of the genus. The pilot study indicated that hybridization and ILS might have occurred in some clades. The denser taxon sampling in the proposed project will allow more detailed insights about the number of hybridization events, their geographical and spatial origins, and the identification of potential parental taxa. 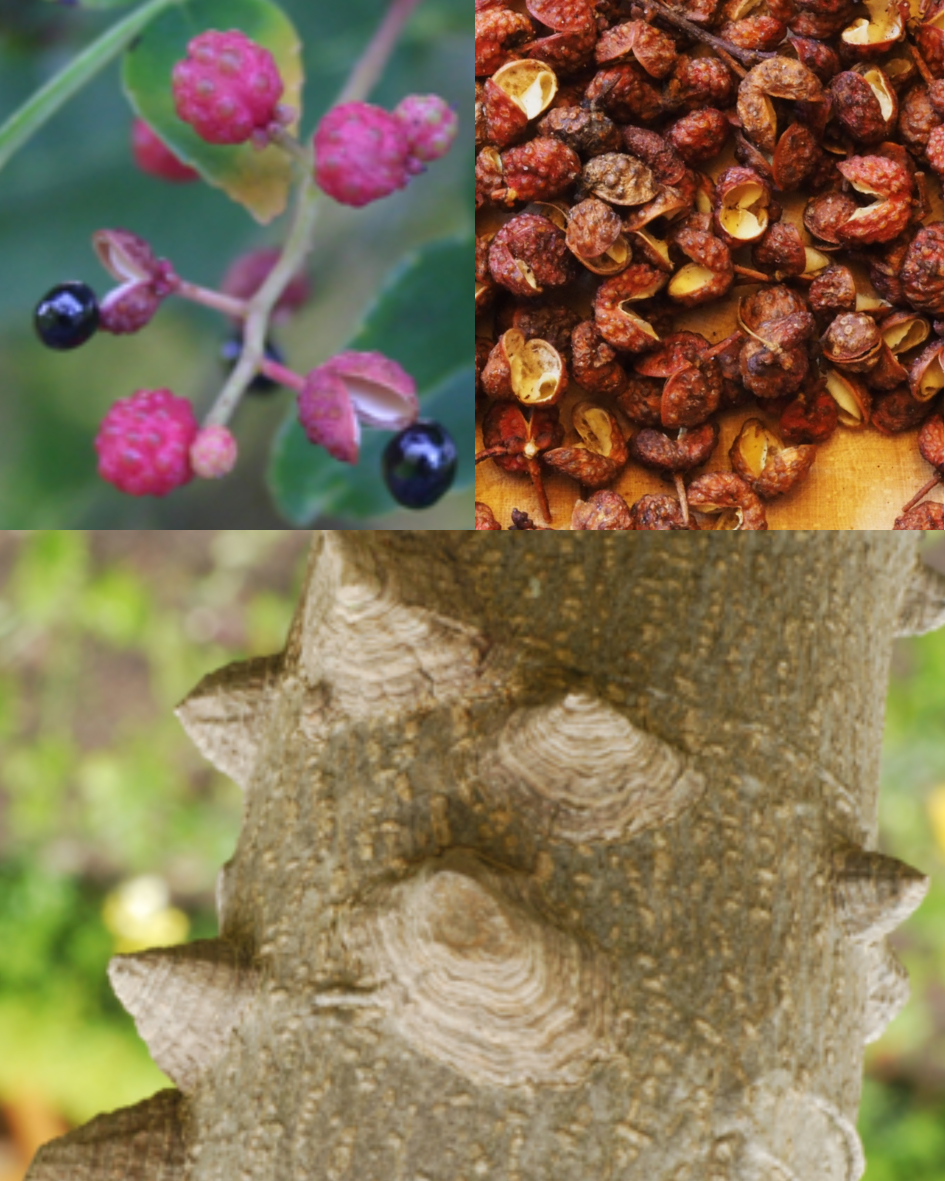