Feather pecking and cannibalism are a frequent and serious problem in poultry, especially in laying hens. Feather loss and injuries massively impair animal welfare and lead to higher energy demands and thus lower ressource efficiency. Up to now, feather pecking was mainly controlled by routine beak trimming, which itself is an animal welfare issue and is banned or will be banned in more and more countries including Germany. Feather pecking is a complex and multifactorial behaviour trait and the exact causes are stille lergely unknown.

The Aim of the current project is the identification and functional characterization of genes influencing the propensity to perform feather pecking in laying hens. The work is conducted in divergently selected chicken lines, i.e. lines either exhibiting severe feather pecking or nearly no pecking at all. Based on previous results, these lines are used for the establishment of a ressource population, which will be deeply phenotyped and genotyped with denes markerpanels; the genomes of founder animals will be entirely sequenced. This will allow for an efficient mapping of putatively causative genes. In addition, in-depth transcriptomic analyses will be conducted in selected hens in order to comprehensively chcracterize the causla mechanisms. These results will be incorporated in a so called eQTL study to pinpoint genes affecting the expression levels of other genes. 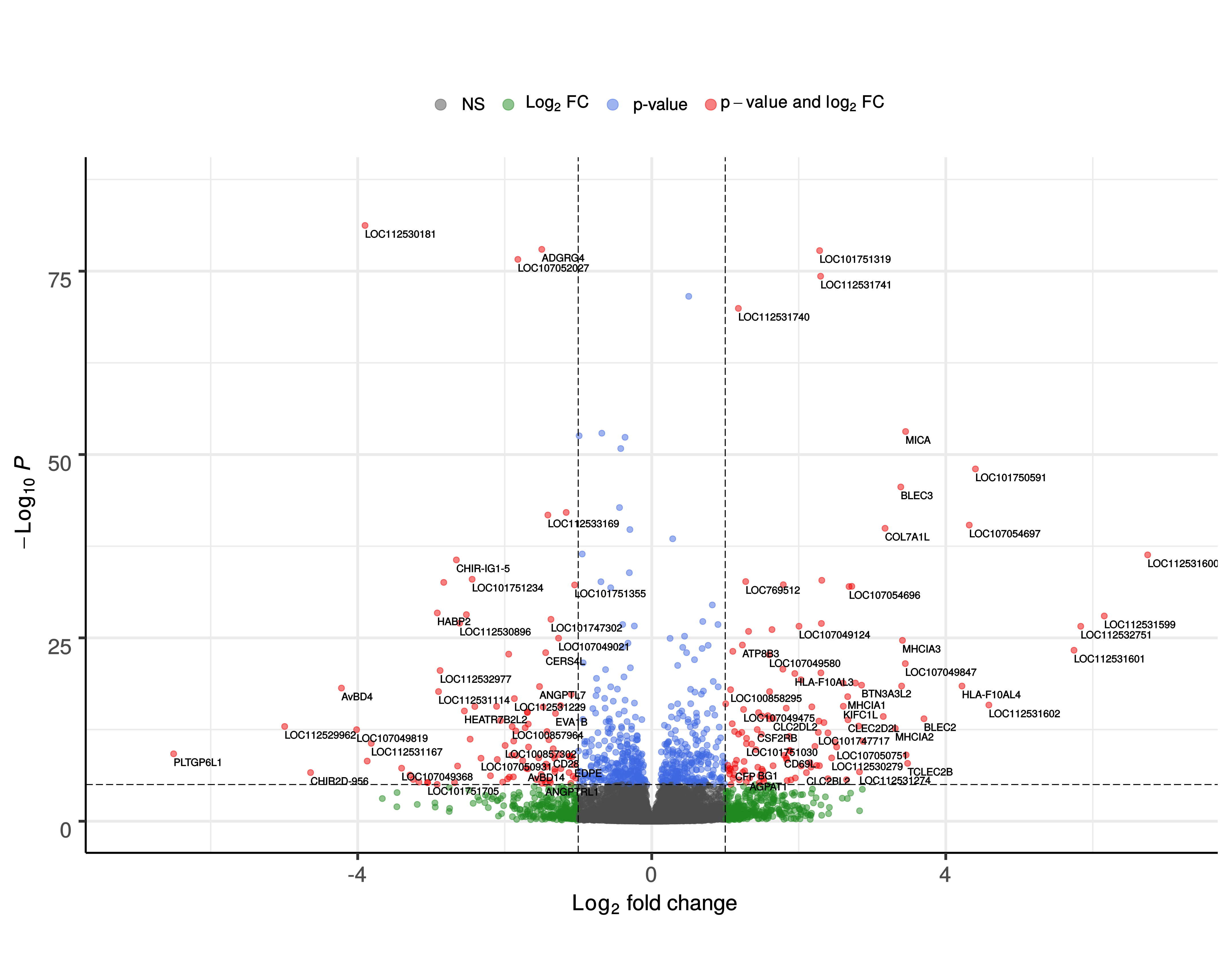