Research Project:
Through the Preachers’ Eyes. Homiletical Discourse and the Construction of Christian Identity in Late Antiquity (350-425 AD)

Throughout the history of late antique Christianity its adherents – both individually and as communities – have been involved in a continuous process of identity formation through which they sought to affirm, define and refine the content and relevance of their faith and its consequences for their lives. In my research I aim at studying the role of early Christian sermons in this process. To understand the process of identity formation these texts are of paramount importance. Firstly, they reflect a modus of communication between Church leaders and “ordinary Christians”. Because the latter are a group about whom we typically hear little in the sources, sermons offer us – albeit through the preachers’ eyes – a window on their lives as members of the Christian community. Secondly, sermons represent, at least from the preachers´ viewpoint, an attempt at achieving both an informative and a performative purpose. The homilist did not want merely to pass on information; with his sermon he wanted to have an impact on the lives of his audience, to change them for the better. Thirdly, as heavily rhetorical texts, which sounded much like music, these sermons must have easily found their way to the ears and heart of a late antique audience that had such appreciation for public speech. From the hundreds of early Christian sermons that are extant, I will deal especially with Greek festal sermons, sermons that were delivered on feast-days. The main focus will be the orations in praise of martyrs: in the sermons in remembrance of often long dead holy persons, contemporary contexts and pastoral challenges shine through: the preachers’ concern was not with the past but with the present and the future of his flock.

Leemans, J. 2006. ‘At that Time the Group around Maximian Was Enjoying Imperial Power’: A Possible Interpolation in Gregory of Nyssa’s Homily in Praise of Theodore the Recruit. Journal of Theological Studies 57: 158-163. 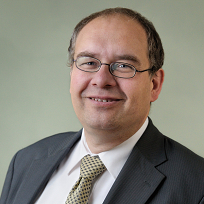 Link to the Catholic University of Leuven