Research Project:
Oswald Spengler and the Comparative Analysis of Civilizations

The comparative analysis of civilizations has, over the last thirty years, developed as a branch of historical sociology. But the civilizational approach also calls for reconsideration of earlier metahistorical speculations about the same problematic. Even if this tradition, epitomized by the names of Oswald Spengler and Arnold Toynbee, is now generally seen as vitiated by ideological preconceptions and incompatible with contemporary scholarly standards, we should allow for the possibility that it posed problems which remain important and can be translated into a more adequate language, and that specific insights of the authors in question can be integrated into a new frame of reference. Since Toynbee’s project emerged as a response to Spengler, it is the latter’s work that constitutes the most promising topic for such a reassessment. Nobody now defends Spengler’s conception of history as it stands, but there are several reasons why a more sustained critical engagement with his work would not be unrewarding. Even if the source is rarely acknowledged, the misguided Spenglerian notion of civilizations (in his terms: Hochkulturen) as closed worlds continues to affect discussions in this field, and a closer look at the ambiguities and difficulties arising from Spengler’s own treatment of the issue may be instructive. On the other hand, more specific Spenglerian ideas (such as “pseudomorphosis”) have been adopted by later authors, but without any systematic discussion of their context. Attempts to separate Spengler’s underlying problematic from the conceptual scheme which he superimposed on it are less common, but there are some noteworthy precedents – including such prima facie unlikely authors as Ludwig Wittgenstein and Georg Henrik von Wright – for a critical reconstruction of the morphological approach to culture, history and society. Further connections can then be made with current debates on “rethinking collapse” (an emerging major theme in comparative history), for which we can draw on Spengler’s notion of decline, more complex than he has mostly been given credit for. On the other hand, this line of interpretation must be balanced through analyses of Spengler’s thought in the intellectual and political context of his times. Recent work by various authors (D. Conte, J. Farrenkopf, M. Gangl, G. Merlio) has thrown new light on these matters, but more work remains to be done.
The question of Spengler’s legacy will be dealt with in a lengthy essay, which will be my main project during the two months in Göttingen. It is conceived as a part of a longer collection of essays on civilizational analysis, its sources and its central themes; the planned book will also contain some historically focused case studies.

Arnason, J.P. 2003. The Future that Failed: Origins and Destinies of the Soviet Model. London: Routledge. 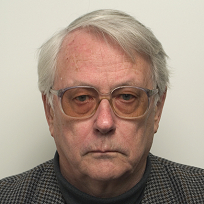