Almost all work on conversation in philosophy and linguistics still adheres to a view put forward by Paul Grice over forty years ago, according to which conversation is driven by cooperative and even shared intentions amongst the participants, who are viewed as ideally rational agents. At the core of this view are cooperative principles such as: normally one believes what one says and one normally tries to help one's interlocutors achieve their goals. The latter in turn requires speakers to adopt shared intentions. While much of this view is intuitive, Grice's ideas have proved difficult to make into a formal and testable linguistic theory. And when researchers in linguistics and philosophy have succeeded in formalizing Grice, their sophisticated symbolic or logic based Modells of semantics and pragmatics contain relatively primitive and impractical Modells of agent interaction and decision making in conversation. The strong cooperative principles underlying Grice's view are not borne out in many real conversations. By turning to game theory and empirical game theory in particular, I will provide a new foundation for the analysis of conversation.
My project involves the development a new, formal and robust Modell of conversation, drawing from ideas in linguistics, philosophy, computer science and economics. The project brings a state of the art, linguistic theory of discourse interpretation together with a sophisticated view of agent interaction and strategic decision making. A crucial component of the project's research methodology for advancing our understanding of strategic conversation is to interleave theoretical work and analysis with empirical evaluation and validation using a dialogue manager of a working dialogue system. I will develop two different dialogue systems that will provide corpora for studying strategic conversation. I propose to annotate data from these corpora and to build Modells of strategic conversational agents based on the data. 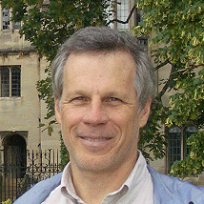 
Link to University of Texas in Austin
Link to IRIT