Like the Albrecht von Haller collection, the Plantae Malabaricae were originally part of the Hugo Herbarium, which Göttingen University bought in 1764. The plants of this collection were collected around 1733 during the Danish Tranquebar Mission in the area of Tharangambadi (Tamil Nadu, India). The plants are not connected to Van Rheede tot Drakenstein’s “Hortus Malabaricus”, but they are probably among the oldest botanical collections of a larger scale from southern India.

The Plantae Malabaricae consist of 801 specimens that are kept in their original condition in twelve volumes. The plants have never been revised and their labels do not contain a scientific name. Instead, the labels consist of a dried piece of palm leaf in which the vernacular name in Malayalam in carved. A second label of paper mentions the Tamil name and transcriptions into the Latin alphabet. 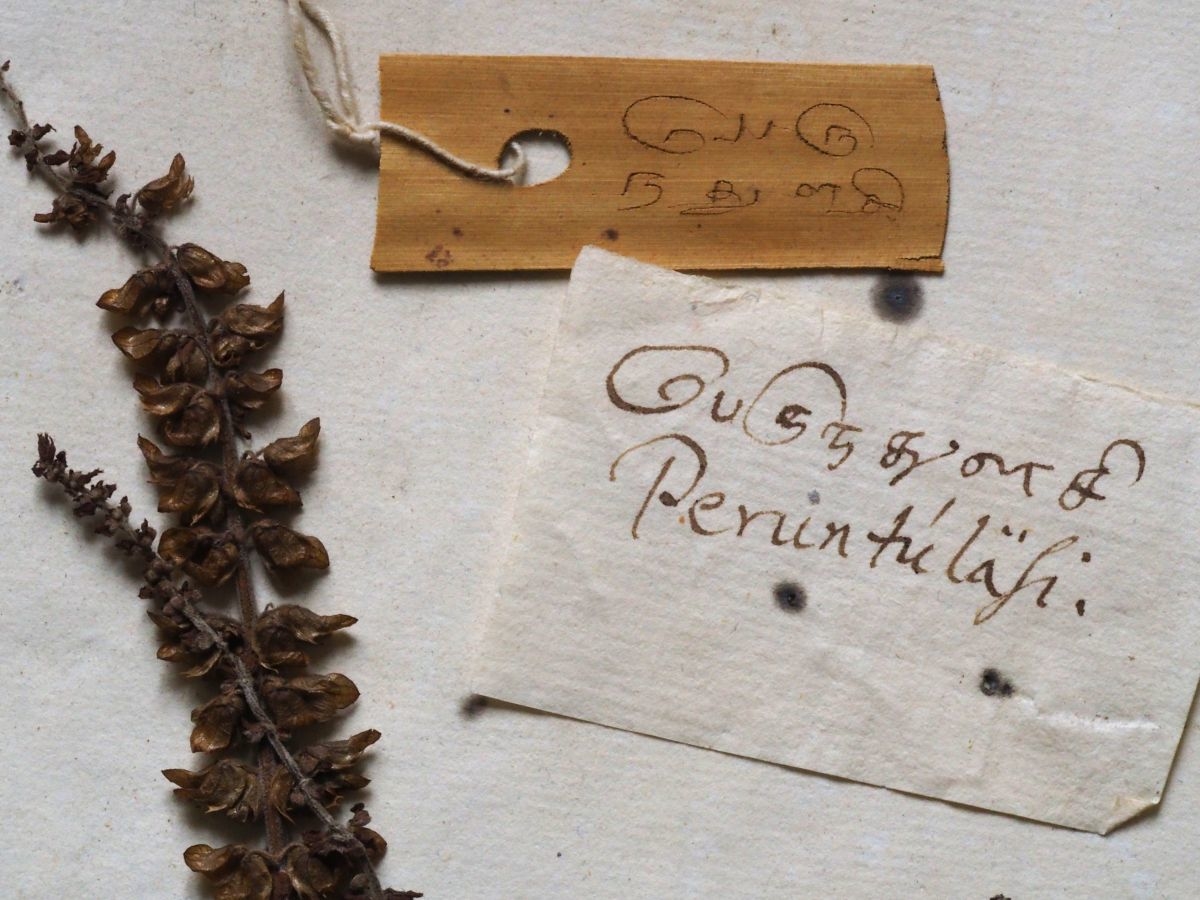 Original labels on paper and a piece of dried palm leaf 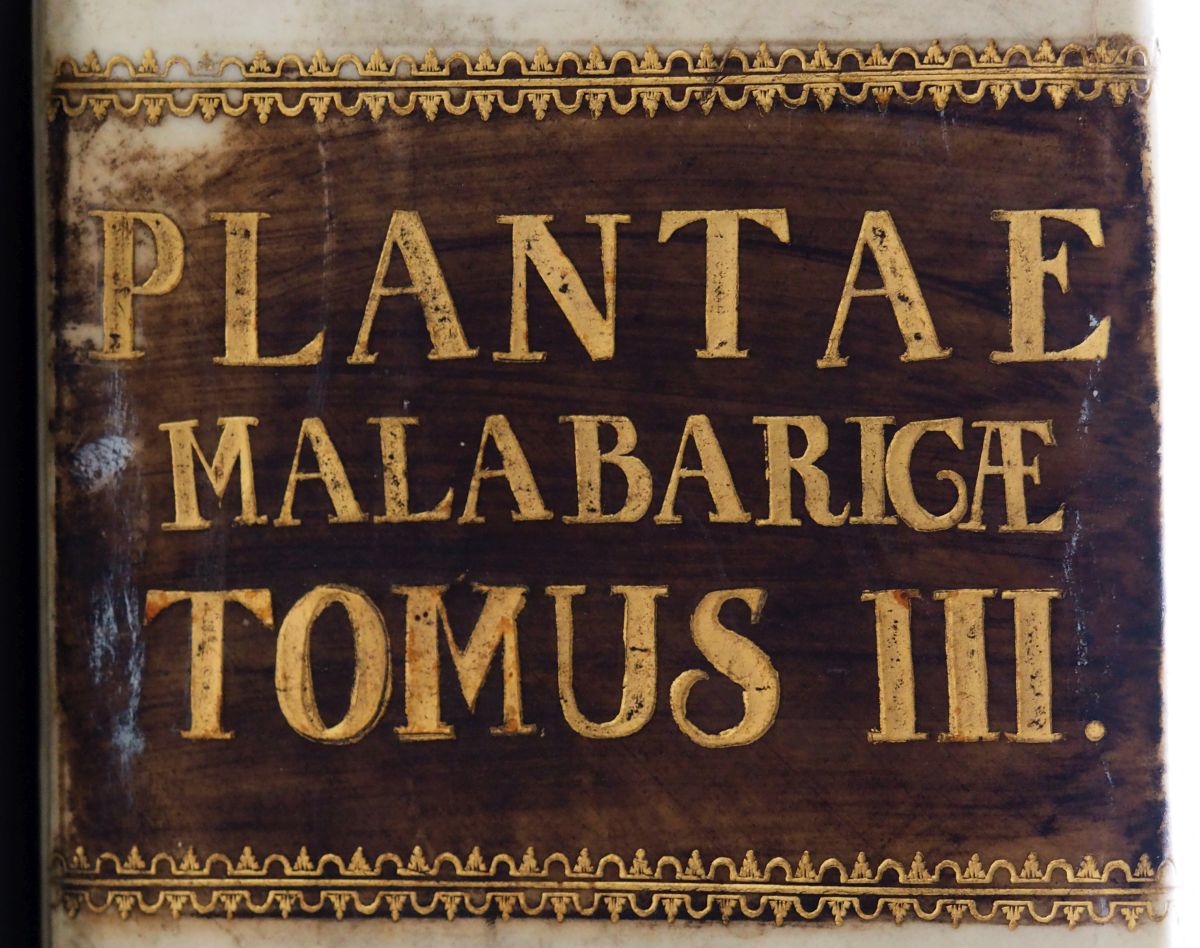