Since October 2011 Monika Oberle has been a Professor of Political Science/ Civic Education at the University of Göttingen (since 2014 as Full Professor). From October 2014 to April 2017 she was head of the Department of Political Science. She studied political science in Marburg, London and Berlin (achieving her Diploma at the Otto Suhr Institute of the Free University of Berlin), and from 2006 to 2011 she was a research assistant at Karlsruhe University of Education, where she completed her doctorate. At the Università per Stranieri di Perugia, Italy, she studied the Italian language and culture. For many years she worked as a trainer in extra-curricular, non-partisan civic education (target groups: school students and young adults).

Membership of other scholarly organizations:

Information on ongoing and completed projects can be found on the Chair's website: 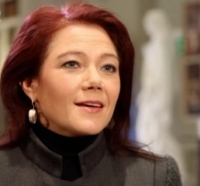