Research Project:
The Social Role of the Man of Knowledge

Recent scholarship has drawn attention to the shifting roles and responsibilities of scientific experts and technical expertise in modern Western society. In a tradition that extends from Max Weber and Karl Mannheim to Florian Znaniecki and Jurgen Habermas, historians and sociologists have discussed the origins and nature of the ‘social contract’ that has come to exist between producers of new knowledge, the institutions they have created, and the consequences for which they have been held accountable. For the last four decades, the emerging discipline of the ‘social studies of science’ has set itself the task of illuminating these contingencies and their role in shaping the relations of knowledge and power.
My term at Goettingen will be devoted to the study of two historical episodes in these complex domains. The first will chart the changing relationships between civilian science and military research during the Great War, which exerted a profound influence on wartime thinking, and ultimately precipitated a ‘Krise der Wissenschaft’ in post-war Europe. The second will chart the circumstances and personalities that, after 1945, produced a global movement devoted to ‘Wissenschaft und Freiheit’, and to doctrines of ‘scientific autonomy’ that gave rise to value-systems widely associated with Western science during the Cold War.
To this work, I hope to bring my experience in founding the journals ‘Social Studies of Science’ (co-editor, 1971-1992) and ‘Minerva’ (editor, 2000-2008), both of which have made significant contributions to the history and sociology of scientific knowledge. Ideally, my work will lead to essays that commemorate the 40th anniversary of the first, and the 50th anniversary of the second; and to an assessment of the social role of men of knowledge in Europe during and immediately after the Great War.
Whilst in Goettingen, I hope also to study the history of the University itself, and to trace its formidable influence upon the history of science during the 20th century.

MacLeod, R. 2007. “Envoy: The History and Future of Expertise” in C. Rabier (ed.): Fields of Expertise: A Comparative History of Expert Procedures in Paris and London, 1660 to Present. Cambridge: Cambridge Scholars Publishing, pp. 339-347. 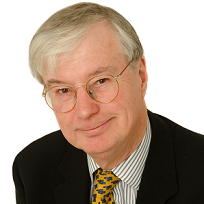 Link to University of Sydney