Species delimitation is still a challenge in plants with apomixis, ie. the asexual reproduction via seeds. Apomictic polyploid complexes usually comprise a few sexual progenitor species, and numerous apomictic hybrid derivatives. Facultative sexuality can result in the formation of numerous, locally distributed morphological phenotypes. Particularly in Northern Europe, numerous such morphotypes have been traditionally described as agamospecies without regarding any evolutionary or genetic background. To overcome this solely descriptive classification of ill-founded entities, the project is aiming at a species delimitation based on evolutionary lineages that have a long-term persistence in space and time. We will complete the analysis of the Eurasian Ranunculus auricomus complex in Northern Europe (>600 described morphospecies) by using an integrative approach combining established methods: (1) Phylogenomics, with a combination of two next-generation sequencing methods, ie. target enrichment of nuclear genes combined to plastid genome skimming for coalescence-based species delimitation and restriction site-associated DNA sequencing (RAD-seq) as a fine-scale genomic marker to assess diversity within and among species. Target enrichment of a subset of c. 600 genes nuclear genes will resolve the phylogenetic framework of taxa, and will be used to study spatial and temporal diversification with biogeographical analysis and molecular dating. RAD-seq will be used to analyze post-origin evolution, gene flow and diversity within and among apomictic lineages. (2) Flow cytometry will be used to determine ploidy levels and degree of facultative sexuality via flow cytometric seed screening (FCSS). (3) Digital imaging of plants, geometric morphometrics and multivariate statistical analysis will be used to objectively assess morphological differentiation among taxa and diversity within taxa. Classification will be based on a combination of results to recognize formally only established evolutionary units as species. Collaborations with other projects include the development of a comprehensive species concept for classification of asexual organisms and for plant polyploid complexes, and on methodical aspects. 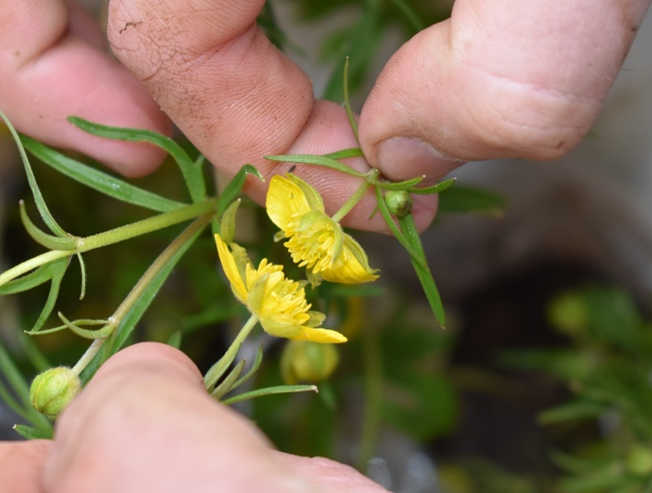 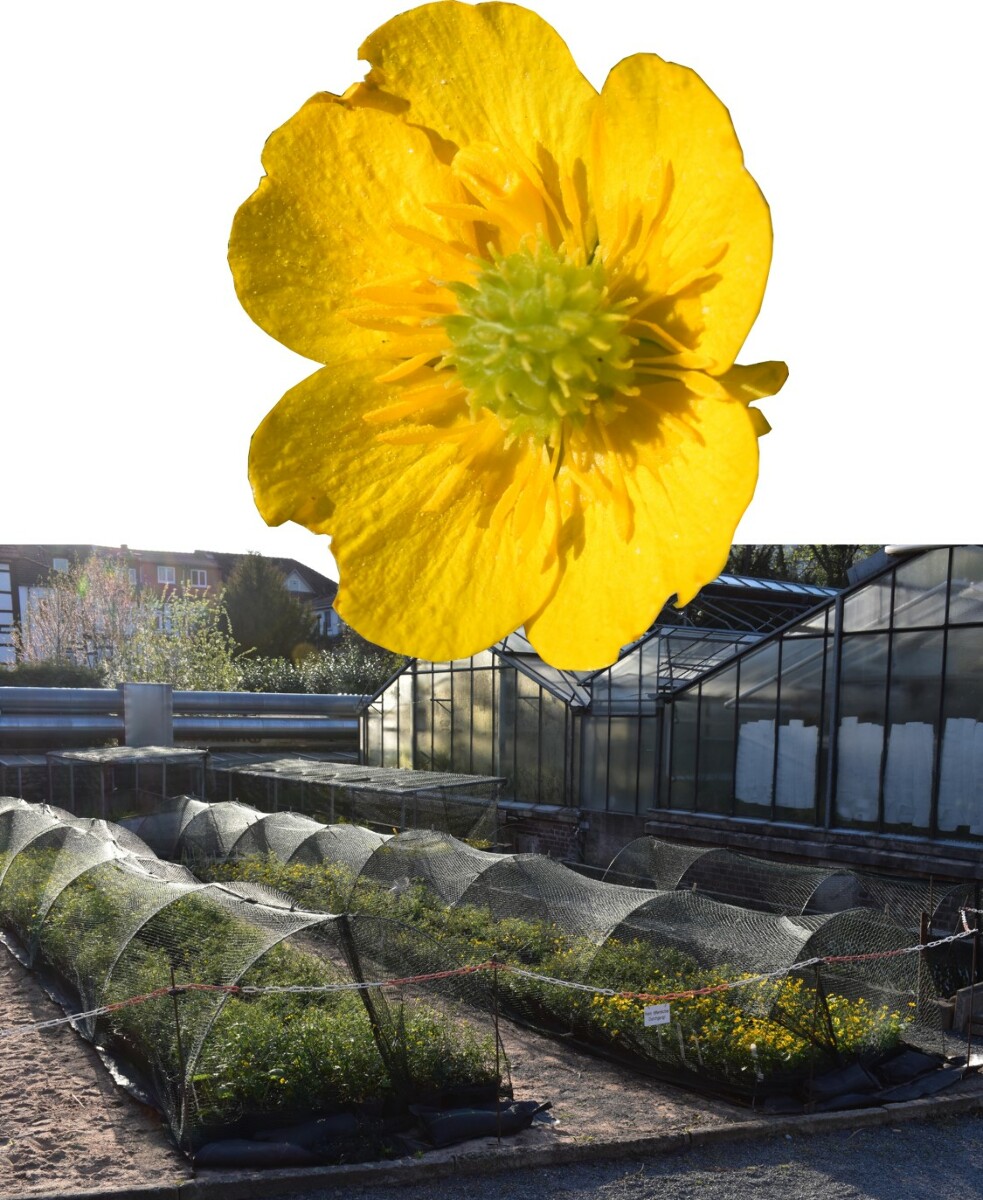 Living collection of R. auricomus in the Botanical Garden