The microalgal strains at SAG Culture Collection are maintained on a number of different culture media according to the recipes. The short names of the media in the list are the same as they appear in the Catalogue of Strains.

The culture media have proved to be suitable for the maintenance of cultures in test tubes for many years.

It must be emphasized that the medium indicated is not always the best medium for the cultivation of a species. There are other media which are just as suitable, e.g. those given in the catalogues of other culture collections of algae.

Investigators are urged to consult the literature available for alternative media, if optimum growth is an important consideration in their research.

A list of all media and recipes and culture conditions used at SAG is available here.

A list of phycological culturing literature is available here. 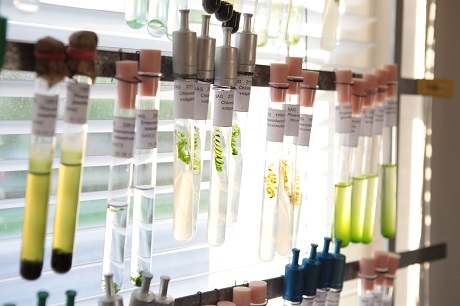