Michael Madeja is the Managing Director of the Hertie Foundation in Frankfurt/Main since 2004 and is professor in the neurosciences at the University of Frankfurt since 1999.

He studied medicine at the University of Münster where he graduated as a medical doctor in 1987. He joined the group of Erwin-Josef Speckmann and was awarded the doctoral degree in 1988. He then established his own group in Münster focusing on the molecular and electrophysiological characterization of voltage-gated ion channels with respect to experimental epilepsy models. In 1998 he joined the Karolinska Institute in Stockholm as a senior scientist and joined the Hertie Foundation in 2000. Under his leadership the Hertie Foundation became the largest private research funding institution in the neurosciences in Germany. He was appointed as the foundation?s managing director in 2004, and is responsible for research funding in the neurosciences and the entire university funding sector of the foundation.

He published many articles in scientific journals; in addition he publishes books and newspaper articles explaining current research topics in the neurosciences and its applications to the public. 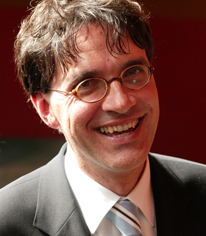