Steitz earned her BS in chemistry from Antioch College in 1963. Significant findings from her work emerged as early as 1967, when her Harvard PhD thesis with Jim Watson examined the test-tube assembly of a ribonucleic acid (RNA) bacteriophage (antibacterial virus) known as R17.

Steitz spent the next three years in postdoctoral studies at the Medical Research Council Laboratory of Molecular Biology in Cambridge, England, where she used early methods for determining the biochemical sequence of RNA to study how ribosomes know where to initiate protein synthesis on bacterial mRNAs. In 1970, she was appointed assistant professor of molecular biophysics and biochemistry at Yale, becoming full professor in 1978. At Yale, she established a laboratory dedicated to the study of RNA structure and function. In 1979, Steitz and her colleagues described a group of cellular particles called small nuclear ribonucleoproteins (snRNPs), a breakthrough in understanding how RNA is spliced. Subsequently, her laboratory has defined the structures and functions of other noncoding RNPs, such as those that guide the modification of ribosomal RNAs and several produced by transforming herpesviruses. Today, her studies of noncoding RNAs include microRNAs.


Breaking the Barriers for Women in Science

The major focus of the presentation will be a review of the 2006 report from the National
Academy of Sciences entitled "Beyond Bias and Barriers: Fulfilling the potential of women in academic science and engineering". This will be supplemented with data derived from subsequent reports on the subject of women in STEM fields and a consideration of issues that still need to be addressed. My own person reflections on how we can best engineer change will also be included. 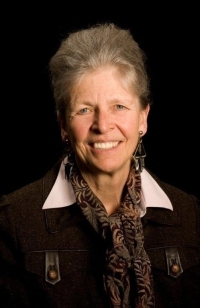