President of the Georg-August-University Göttingen

Ulrike Beisiegel received her doctoral degree from the University of
Marburg in 1979 after completing her studies in human biology. After
that, she worked with Joseph L. Goldstein and Michael S. Brown at the
University of Texas in Dallas, USA. In 1984, she took a position at the
University Medical Center Hamburg-Eppendorf in Hamburg, Germany. Two
years later, Beisiegel received an honorary doctorate from the
University of Umeå, Sweden. Following her habilitation in Hamburg in
1990 she continued her work in Hamburg, where in 2011 she became
director of the Institute for Biochemistry and Molecular Biology II:
Molecular Cell Biology.

Apart from her scientific achievements, Beisiegel has become well known
as science policy-maker. From 2005 to 2010, she served as chair of the
Ombudsman of the German Research Foundation. Since 2006 she is a member
of the German Council of Science and Humanities, an advisory board to
the German government. Since 2009 and 2011, respectively, she is a
member of the Senate of the Leibniz Association and the Senate of the
Max-Planck-Society, since 2012 Vice President of the German Rectors'
Conference.

In 2010, Beisiegel was elected president of the University of Göttingen.
Her tenure began on January 1st, 2011. She is the first woman heading
the university, which was established in 1737. 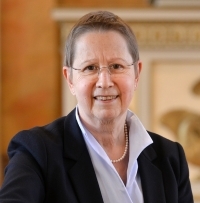