Co-founder and Director of Portia Ltd, an organization devoted to improving gender equality in STEM and promoting the inclusion of the gender dimension in STEM.

Elizabeth Pollitzer holds a PhD in Information Science from London University. Her original science training was in Biophysics at Kings College University of London, where she was introduced to social responsibility of science through a course set up by Maurice Wilkins, which influenced her subsequent career plans. She moved to Imperial College University of London, first to the School of Management and then to the Department of Computing, where she spent over 20 years as researcher and lecturer. In 2001 together with a group of women scientists and engineers at Imperial College she set up Portia, a not-for-profit organisation focused on improving gender equality in science practice and integration of gender dimension in science knowledge. She coordinated a number of European and international projects, notably the UK Tri-Council Initiative on Cognitive Science and Human-Computer Interactions; the FP7 funded genSET project; and two projects dedicated to women's early science career stage issues, one funded by the Elsevier Foundation and the other by the Robert Bosch Foundation. She acts as expert adviser to the European Commission, and is now involved in three European projects: GenPORT, GENERA and NAPES. She is also responsible for the coordination, organization, and global development of the Gender Summit platform, which brings scientists, gender scholars and policy makers together to examine research evidence showing influence of sex-gender factors in research results and in outcomes for women and men, and establish consensus on where improvements are needed and what actions will achieve change.

Many pathways to excellence but not all are equally rewarded, or rewarding

A recent editorial in Nature pointed out that:

"The biggest problem for early-career researchers seems to be a lack of data on the career trajectories and opportunities available to them. Although some information-gathering efforts exist, none is substantial enough to provide the detail needed for students to make informed decisions about their future".

And, a study of the career characteristics of ERC applicants and grant holders found that whilst there are many different paths to excellence, it is the traditional one, of early success and steady advancement, that is most rewarded.

In my talk, I will focus on these two issues from the perspective of planning professional future, and managing early stage career decisions. I will draw on: 1) research literature that examines different aspects of a science career; 2) the experience from the scenario workshop we have developed at Portia in collaboration with Fraunhofer CERRI and Tel Aviv University called Creating Futures in Science, which involves a variety of exploratory learning approaches to confront self-career model, and support informed career decisions; 3) results of the analysis of career pathways of women listed on Academia Net and using them as role models, which was part of the project we conducted with CERRI; my own career experiences; and the changing landscape which will shape science careers in the future. 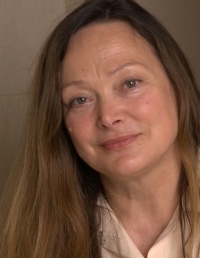