Viola von Cramon-Taubadel is a member of the "Alliance '90/The Greens" since 2001. Before she entered the Bundestag in 2009, she was a member of the local district council (Kreistag 2003-2006) in Göttingen and also the spokeswoman of the state working group for Europe and international policy for the "Alliance '90/The Greens" in Lower Saxony from 2007-2009.

During her period in the Bundestag from 2009-2013, she served as the faction's spokesperson for European Union's external relations and as the chairwoman of the Sports Committee of the Bundestag. Ms. von Cramon-Taubadel was a member of the German delegation at the Parliamentary Assemblies of the Council of Europe and the OSCE. She also was responsible for the International Parliamentary Scholarship of the Bundestag (Internationales Parlaments-Stipendium / IPS). Political interests of Viola von Cramon-Taubadel covered the Greek-German cooperation, the Ukrainian and South Caucasus democratization issues.

Before her parliamentary mandate, Viola von Cramon-Taubadel studied agricultural science in Bonn and Kent (the United Kingdom) and mainly worked in international projects implemented in Eastern Europe. In 2008, Viola von Cramon-Taubadel was awarded the Körber Foundation's prize of the USable Transatlantic Idea Competition.
After leaving the Parliament, Ms. von Cramon-Taubadel focused on Eastern European projects. Therefore, she has built up a network and platform for Ukraine issues in Germany and founded the "Partners Osteuropa gGmbH" where she serves as a partner and one of the Executive Directors. The goal of her work is to improve the understanding of the Eastern European region among policy-makers, experts, business people and opinion-makers as well as addressing the general public. Since May 2015, she also chairs the "Internationales Haus Sonnenberg" in the Harz Region which has an over 60 years of experience in political education. 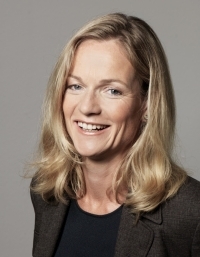