A career in academia promises the freedom to pursue independent research questions and to fulfill one's passion for the curiosity-driven generation of new knowledge. Often viewed as less important, an academic career also allows training the next generation of scientist and possibly accumulating recognition among world-leading researchers. On the other hand, it requires significant perseverance and tolerance towards frustrations to handle the slow progress in research and to accept the uncertain career perspectives in particular in the early stages of an academic career. Given the very competitive job market for obtaining permanent research positions, there is obviously a significant risk associated with pursuing an academic career.
Reflecting on my own experiences in becoming a tenured Associated Professor, I will discuss the importance of making conscious decisions at every stage of the career to balance internal motivations and external constraints. Moreover, I will address the often unconscious biases that women still encounter in who are pursuing an academic career. Taken together, I hope to stimulate a conversation on how we can approach personal choices while also shaping a future for women in science with less external constraints affecting career decisions. 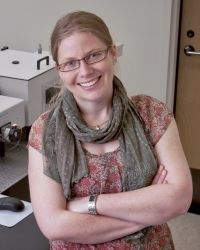