What is BayesX - General scope

Estimation of regression models can be achieved based on four different inferential procedures (implemented in different regression objects):

BayesX provides functionality for the following types of responses:

Structured additive regression models can be build from arbitrary combinations of the following model terms:

Note that parts of the functionality may be available for one of the regression objects only. For example, bayesreg objects do not support interval censored survival times while multinomial probit models can not be estimated with remlreg objects. Details can be found in the reference manual.

In addition to BayesX, there is an R add-on package of the same name that provides additional functionality for manipulating geographical data and additional graphics facilities. In particular, the package includes resources for constructing boundary and graph files from other geographical information systems. The R-package BayesXsrc allows to install BayesX via the package management of R while R2BayesX and BayesR provide convenient access from within R in the usual R fomular style. 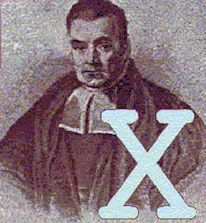