CURRENT POSITION
Since February 2017 I am based at the University of Göttingen (Department of Developmental Biology, Gregor Bucher’s research group), where I continue as a Postdoc working on my own research. I also work with Kristen Panfilio (University of Cologne) on her electron microscopy project on the serosa of the model beetle Tribolium.
EDUCATION & PREVIOUS EMPLOYMENT
2009-Jan 2017: Postdoctoral stay: HFSP fellow, BBSRC co-investigator
“Development and function of appendages on the first abdominal segment of insects and springtails specified by the Hox gene Ultrabithorax”
Prof. Michael Akam’s research group
Department of Zoology, University of Cambridge, UK
2004-2008 PhD: Molecular and Cell Biology and Genetics
“Genetics of juvenile hormone signaling in insect metamorphosis”
“Testing the suitability of Sindbis virus vectors for reverse genetic studies in insects and crustaceans”
Prof. Marek Jindra’s Research Group
Department of Molecular Biology and Genetics, University of South Bohemia, České
Budějovice, CR; and Biology Centre of the Czech Academy of Sciences, Institute of
Entomology, České Budějovice, CR
2002-2004 Master studies: Zoology, specialization Entomology
“Ultrastructure, development and homology of insect embryonic cuticles using the scanning and transmission electron microscopy”
Prof. Jan Zrzavý’s Research Group
Department of Zoology, University of South Bohemia, České Budějovice, CR
1998-2002 Bachelor studies: Biology
“Comparative morphology of the pronymphal stage of insects”
Prof. Jan Zrzavý’s Research Group
Department of Zoology, University of South Bohemia, České Budějovice, CR
RESEARCH
DEVELOPMENT AND FUNCTION OF THE PECULIAR EPITHELIUM IN THE FIRST ABDOMINAL
APPENDAGES OF HEXAPODS (INSECTS AND RELATIVES)
Pleuropodia are appendicular organs that develop on the first abdominal segment of insect embryos.Perhaps because the pleuropodia degenerate before hatching (larvae do not have them) and were completely lost in such models like Drosophila, moths and bees, the pleuropodia have recently escaped attention and not much is known about them. Electron microscopic studies in 1970s revealed that the pleuropodia harbor a peculiar epithelium of highly specialized cells, but what exactly is the function of this epithelium is unclear.
Special appendicular organs on the first abdominal segment develop also in the more basal relatives of the insects. They are especially well known in springtails (Collembola) where the two appendages fuse together to form a single organ called the collophore (ventral tube). The collophore remains present during whole life of the animals and is involved in water uptake and ion movement. Research on springtails had been hampered by that there had been no species established as a genetic developmental model.
In collaboration with Dick Roelofs and Nico van Straalen (VU University, Amsterdam) I introduced Orchesella cincta, as a suitable model springtail. I have shown that the Hox gene Ultrabihorax, that specifies the pleuropodia, also specifies the collophore in springtails, thus supporting the homology between these organs (Konopova and Akam, 2014).
I combine morphology, genetics and physiology (using the genetic model beetle Tribolium, locusts and springtails) to decipher the genetic control of the development of the pleuropodia and the collophore and their function 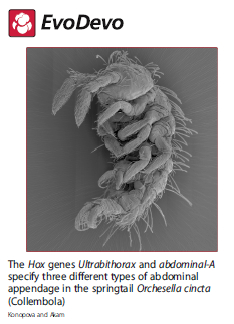 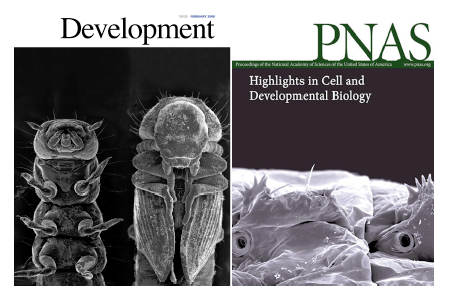 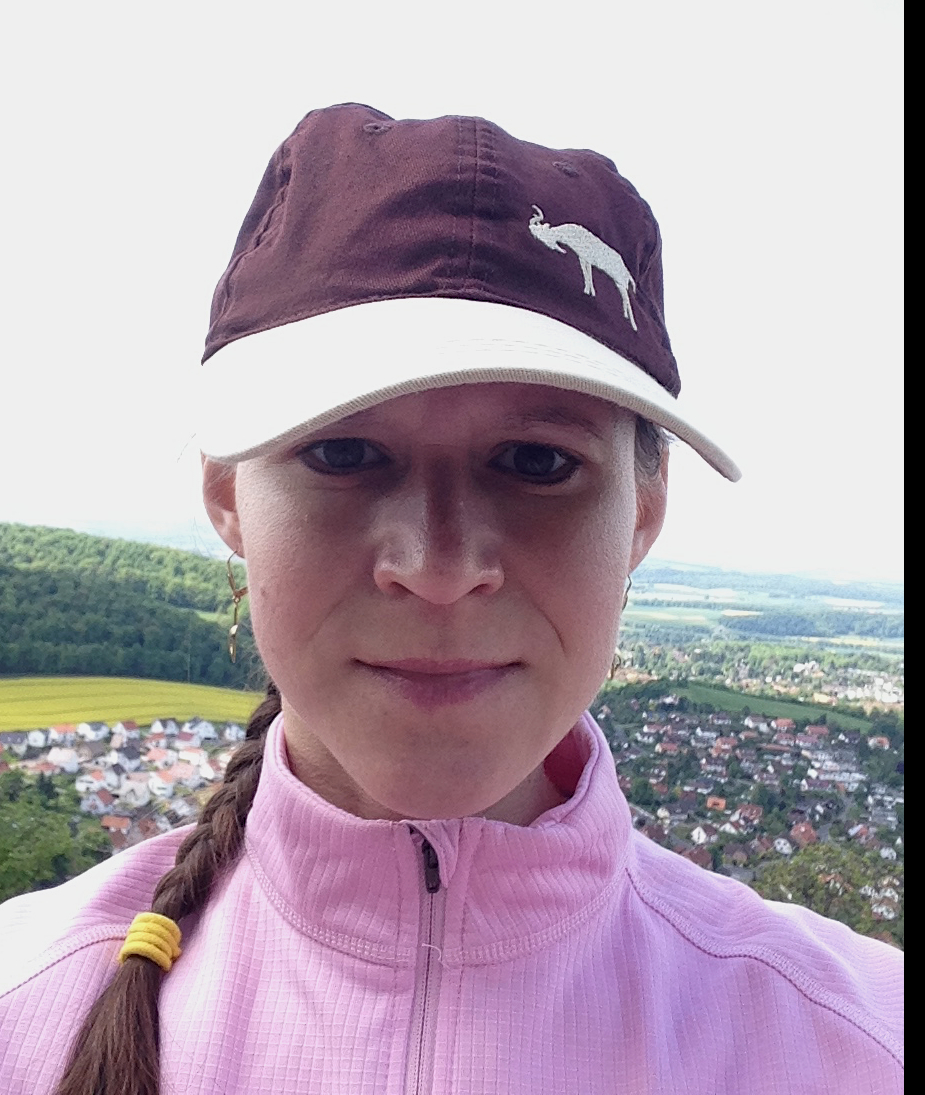 How to get:
Ernst Caspari Haus