During the first moments of the very early Universe the temperature was so high that the known four fundamental forces (gravity, electromagnetic force, weak and strong interactions) were unified in only one fundamental force. It is believed that gravity decoupled at a time of of 10^-36 s which is the so-called Planck time. The physics of the remaining three combined forces is described by the Grand Unified Theory (GUT). After a period of inflation, which is possibly related to GUT symmetry breaking, and reheating, electroweak symmetry breaking occured. From there on, the four fundamental forces are completely decoupled and quarks finally combine themselves into hadrons. Since the exact physics of the early Universe is unknown, it is a very active research area of modern Cosmology. The work of our group focuses on a specific reheating scenario and the string theory prediction of a so-called Axiverse.

Cosmological inflation is a period of rapid exponential expansion in the early Universe which was originally introduced to explain the initial flatness and large-scale homogeneity of our Universe. Most importantly, inflation provides a mechanism for the creation of small fluctuations in the energy density, the so-called primordial perturbations or primordial seeds, which are the origin of all the structure in the Universe.

They are by far the first bound structures in the Universe and enhance the production of SM particles during reheating significantly. Since collapsing over-densities can lead to the generation of gravitational waves, delayed reheating provides a production mechanism of the primoridial gravitational wave background that leaves an imprint on the CMB.

String theoretic frameworks predict the existence of additional dimensions, beyond the three spatial and one temporal dimensions we know of. So far, these extra dimensions have eluded detection and thus, must be wrapped up and finite-sized, i.e. compact. Consistency with the underlying string theory -- simply an extension of a 0-dimensional point particle theory to a 1-dimensional extended object, i.e. a string, theory -- requires 6 or 7 additional compact dimensions. Within these 10- or 11-dimensional theories, there exist subvolumes of <6 or <7 dimensions. These are a natural source of axions, with masses inversely proportional to the volumes of these 'cycles'. Given the large number of possible compactified background geometries on which we can construct our string model, there appear a plethora of subvolumes corresponding to sources of vast numbers of axions -- see figure 2 -- with a large range of masses, i.e. an axiverse. 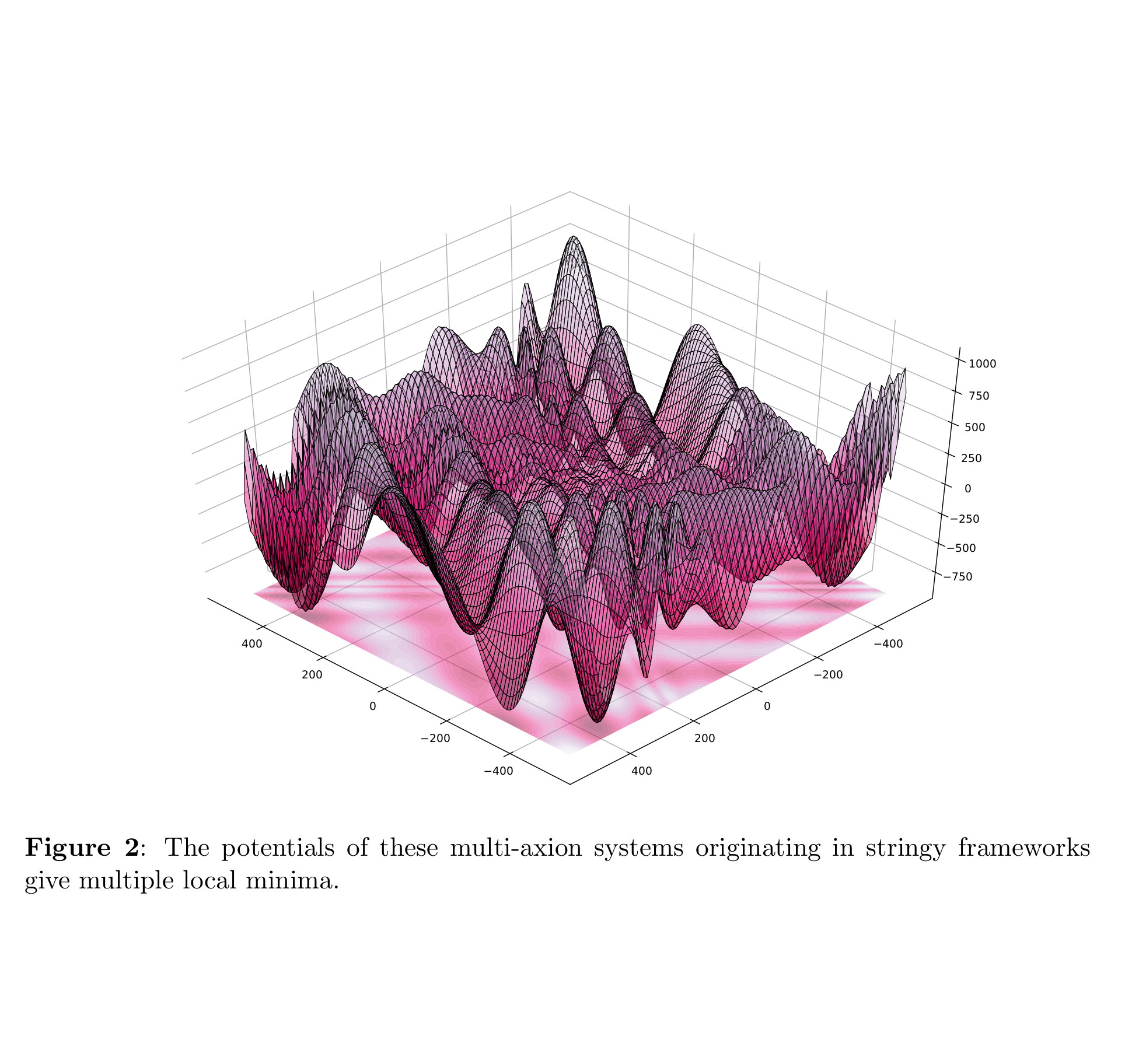 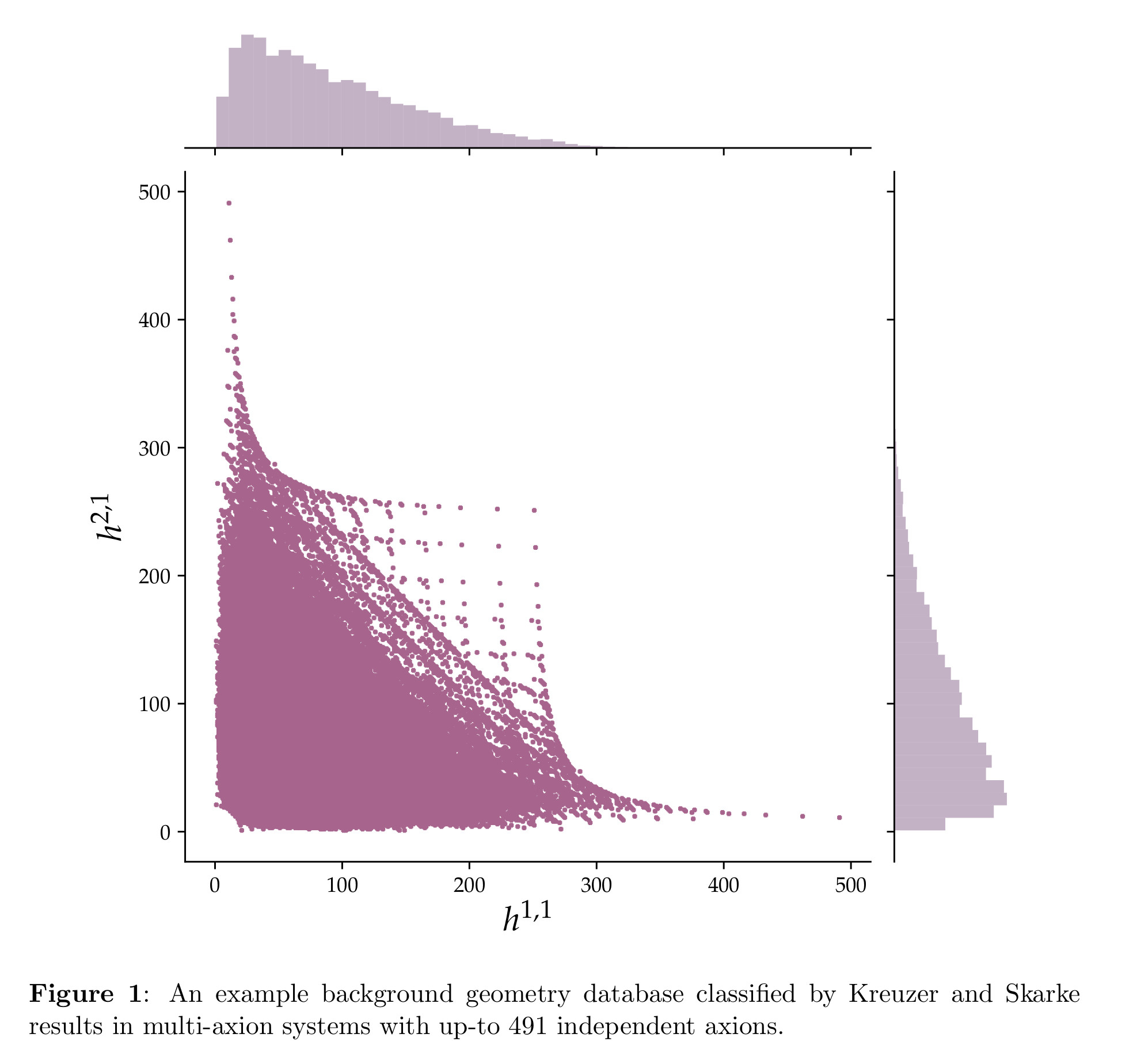 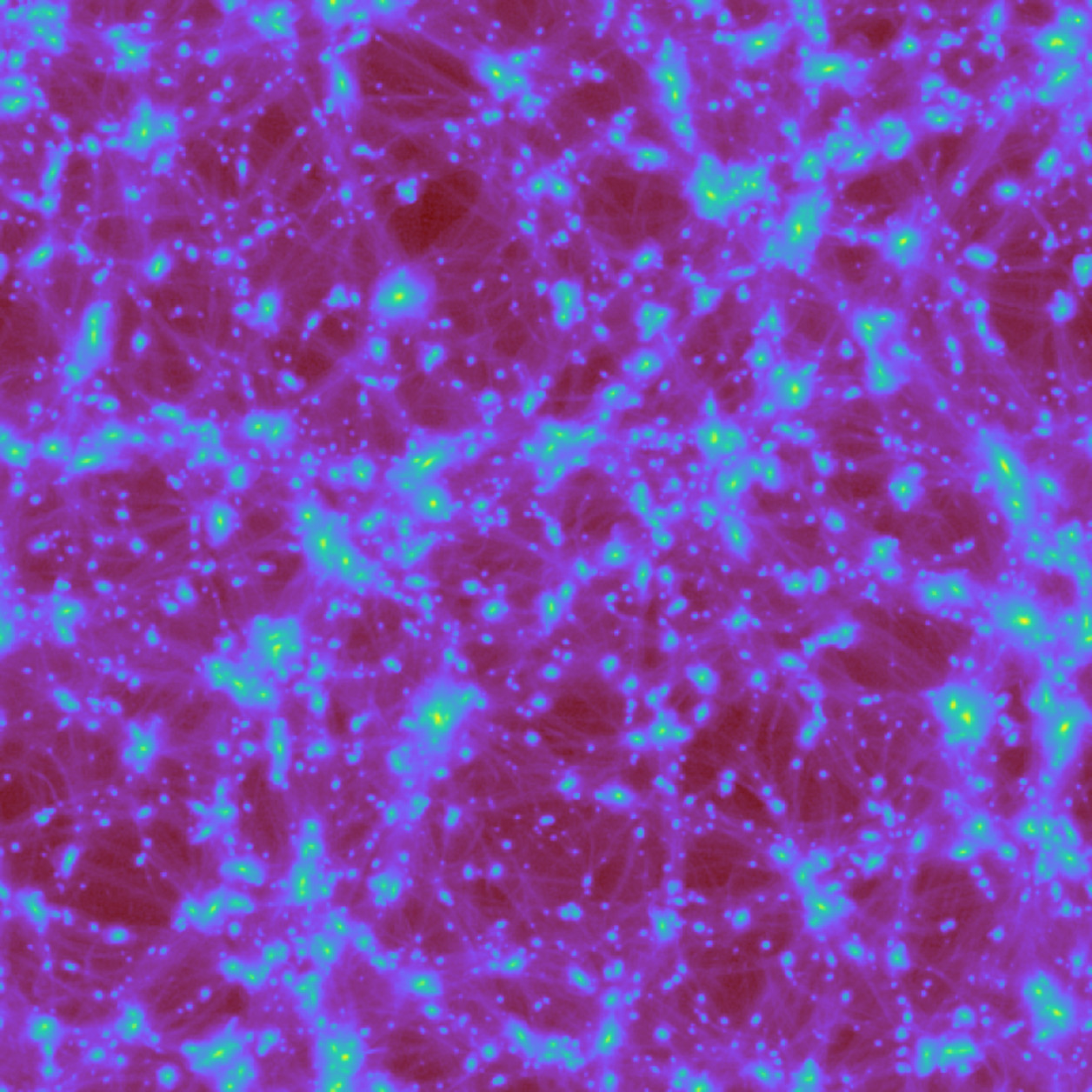