Dr. Erin Schuman is a neurobiologist who studies biological mechanisms that underlie information processing and storage in neural circuits. In particular, she has contributed to advancing our understanding of how proteins are synthesized locally within neuronal processes. After completing her B.A. in Psychology at the University of Southern California, she received her Ph.D. in Neuroscience from Princeton University in 1990. She conducted postdoctoral studies in the Department of Molecular and Cellular Physiology at Stanford University. In 1993, she was appointed to the Biology Faculty at the California Institute of Technology. She was also a Howard Hughes Medical Institute Investigator between 1997 and 2009. In 2009, she moved to Frankfurt, Germany, where is now the founder-director of the Department of Synaptic Plasticity at the Max Planck Institute for Brain Research.

She is an elected member of the European Molecular Biology Organization (EMBO), the German Academy of Sciences Leopoldina, and the US National Academy of Sciences. Throughout her career, she has been honored with awards and recognition, including the Pew Biomedical Scholar Award, the Beckman Young Investigator Award, and the Salpeter Lifetime Achievement award from the Society for Neuroscience. In 2020, Dr. Schuman was awarded the ALBA-FKNE Diversity Prize for her exceptional accomplishments in promoting gender equality in the field of neuroscience. She was also awarded the Louis-Jeantet Prize for Medicine for her work on local protein synthesis at neuronal synapses. The finding that proteins made locally near synapses are fundamental for synaptic communication and plasticity is central for understanding how synapses work as well as how to target neurodevelopmental disorders and rehabilitation following brain damage.

“The notion of diversity is important in life, in science and in all walks of life. In particular in science, we rely on creativity and smarts, and a broad range of creativity, and problem solving […]. And we rely on that diversity of ideas to generate new hypotheses, to learn about how the world works, and how the brain works. And to make use of only one half of the brain power will slow us down by one half. […]
Another reason is: it’s just not fair.”
Prof. Dr. Erin Schuman, 2020 source 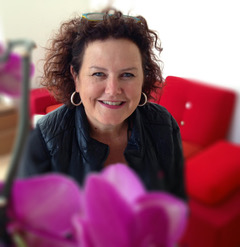