The University of Belgrade is a state university. Its main activities in the fields of higher education and scientific research are activities of public interest, and they are carried out in accordance with the legal regulations.
The University of Belgrade celebrates September 13 as its day. This is the date when lessons started at the first Higher School, founded by Dositej Obradovic.
During the two centuries of its existence the University of Belgrade has served its people, and its former students and teachers have greatly contributed to the development of cultural, scientific, educational, political and economic life of our country.
The University of Belgrade is prepared to maintain and enhance its position as the leading institution of higher education in the region by adapting to the challenges of modern times on one hand, and preserving what's worth in its tradition on the other. This is precisely what makes it recognized as a true national brand.

Today there are more than 1.800 young men and women who are studying at the Faculty of Orthodox Theology preparing themselves for priesthood, a teaching career, or scientific research in the field of theology. The Faculty has 40 teachers and associates of which 22 are doctors and 13 masters of theology or philosophy. The teaching staff includes several highly regarded bishops of our Church, as well as some presbyters and monks. Programs of study and curriculums are fully harmonized both with the existing state Law governing higher education and the Bologna process. Instruction is organized to last 8 or 6 semesters, depending on the program of study chosen by the candidates. Master studies last 2 or 4 semesters again depending on the program of study. Faculty of Orthodox Theology enrolls candidates who have completed studies at an Orthodox seminary, as well as those who have graduated at a gymnasium or completed some other secondary school education. The former may choose general theology or practical theology as their program of study, and the latter are generally encouraged to take up general theology.

Apart from the general core of studies, students may, depending on their affinities, select a number of elective subjects (courses) – biblical, patrological, systematic, ecclesial-historical, philosophical, or practical by discipline. The program of basic studies represents a combination of theoretical and applied learning which can satisfy both the needs of those that intend to take up scientific scholarship and the needs of those who select pastoral work or teaching as their future profession. Candidates of both sexes may enroll at the Faculty upon obtaining the recommendation of their diocesan bishop and passing an entrance examination consisting of two parts – theology and general culture. Members of other Christian confessions may also study here with the blessing of the hierarchy of the Serbian Orthodox Church. Faculty of Orthodox Theology nurtures extensive cooperation with some of the most respected world theological institutions such as the Aristotle University of Thessaloniki, the National and Kapodistrian University of Athens, the theological academies of Moscow and Sankt Petersburg, the Pontifical Lateran University in Vatican, theological faculties in Germany, Switzerland, France, USA, and countries belonging to the region of South-East Europe. Faculty library consists of over 100.000 books and its services are also offered to the general public and numerous scholars belonging to other faculties and scientific institutions.

Upon entering its tenth decade of existence, the Faculty of Orthodox Theology in Belgrade remembers with piety its founders, professors, students, members of administration, benefactors, and friends, being firm in its intent that the education offered by this establishment shall continue to be based upon the full respect of human freedom and dignity, and on confidence and love – those values which the future clergymen and teachers will, themselves, be installing among those to whom they will be spreading the message of the Church of Christ. 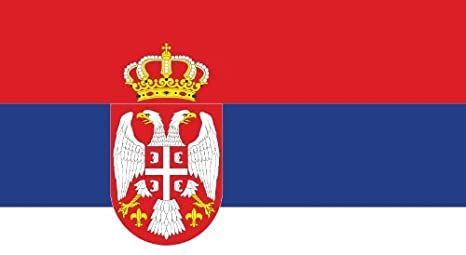