The project studies the effect of a built-in electric potential of a buried interface on the surface chemistry (involving H2 and H2O) of supported metal/metal oxide nano-catalysts. Control tactics will include manipulation of the interface and its built-in potential as well as active control by external electric fields. 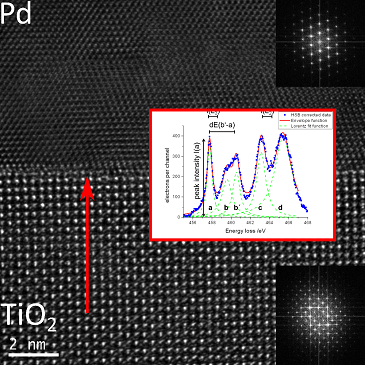 Fig. 1: High resolution TEM picture of a Pd/TiO2 interface in FEI Titan ETEM. The top and bottom right black boxes show the FFT of each film, indicating a single crystalline interface. The red box shows a typically acquired electron energy loss spectrum, that is evaluated as a function of the distance to the interface as indicated with the red arrow, measured with electron beam monochromator. 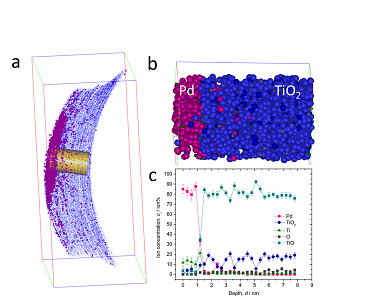