Archaeological sites of Turkmenistan along the Silk Road 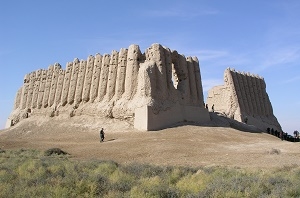 It is well known that the Silk Road that crossed the steppes, the seas and the deserts in ancient and medieval times, played a prominent role in establishing of various contacts between the peoples and contributed to the mutual enrichment of different cultures and civilizations. Central Asia, occupying an intermediate position between the West and the Far East, contributed to the establishment of these contacts. From the central China ways of the Silk Road went through Central and West Asia to the ports of the eastern coast of the Mediterranean Sea. Turkmenistan, on the territory of which in ancient and medieval times passed routes of the Great Silk Road, was a link between East and West (Asia and Europe).

In ancient times, when the first caravans along the Silk Road, were on the territory of Turkmenistan, here was a large and powerful empire - Parthia, with the first centre in Nisa. It‘s geographical position was very favorable because it was on the crossroads of important trade routes. In Antiquity and the Middle Ages, one of the famous cities in the territory of Turkmenistan was Merv. It served as capital city in 813 - 820 years for the Abbasid Caliphate during the rule of Caliph al Mamun (813 - 833), and for the Great Seljuk Empire in the time of Sultan Sanjar (1118 - 1157). Merv was famous for a variety of its crafts: tissues and fine non-glazed stamped vessels. It is no coincidence that one of medieval authors called Merv “the mother of cities of Khorasan”. The caravans from Merv went further to Sarahs, Abiverd, Nisa, Ferava, Dehistan, then along the coast of the Caspian Sea to the south turned to Arab countries. It played an important role Amul. Caravans from China crossed the Amudarya and made stop in Amul, which was located at the crossroads of trade routes crossed here from west to east (from Merv to Bukhara, and later in China), and from north to south (from Khorezm to Afghanistan and then to India). Three archaeological complexes of Turkmenistan (Merv, Nisa and Old Urgench) have been included in the UNESCO World Cultural Heritage list. 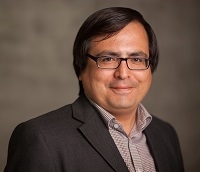