To contribute to the understanding of processes and patterns of biogeochemical fluxes at the landscape ecosystem scale. Presently the main focus is put upon processes at the interfaces of soil, air, plants and water. We search for mechanistic relationships between geomorphology and biogeochemical processes in and between terrestrial and adjacent aquatic ecosystems. The main sphere studied by our group is the plant-soil continuum considering effects of bio- and pedodiversity.

The group was originally founded to provide common ground for Ph.D. and M.Sc. candidates. Potential candidates with own ideas and hypothesis are cordially invited to contact Felix (or any other member) to discuss possible topics. In the following you find examples for current “hot topics”:

Investigations on the effects grazing management were launched in the Peruvian high Andes. Our task is to characterise soil samples and to quantify grazing impact on soil carbon and nutrient dynamics. The project in Peru was launched by Steven Sylvester and Michael Kessler (Institut für Systematische Botanik, Universität Zürich) to investigate whether grazing increase or decrease plant biodiversity. Absolutely pristine sites are compared with sites used since millennia for grazing, an absolutely unique approach. More information


Biodiversity and soil properties change along gradients of elevation and disturbance
Human land use is a threat to biodiversity and contributes an important share of anthropogenic greenhouse gas emissions. Decline of biodiversity is often associated with loss of carbon and nutrients from ecosystems, inducing a positive feedback loop. The use of a tropical elevation gradient in Mexico along the Coffre de Perote offers the opportunity to quantify effects of increasing temperature within vegetation types on biodiversity and carbon and nutrient cycling. Furthermore, tipping points can be quantified when vegetation type will change into another state. This is essential because changes in vegetation type affect biogeochemical cycles probably more than warming alone.


Carbon sequestration in European cropland soils?
Conversion of natural ecosystems into croplands is a source of greenhouse gases. Management practices in cropland could increase soil organic carbon (SOC) levels again, but there is concern due to environmental risks (increased gaseous emissions, N-leaching) and the efficiency of increasing C-input to increase SOC levels. Mineral fertilisation and organic input increase SOC stocks, but may facilitate emissions of N2O by delivering substrate for microorganisms. However, there is mixed evidence for this hypothesis and soil properties and environmental conditions have to be taken into account. Increasing C-input did not always result in linear responses of SOC increases, as theoretically expected. We investigate whether fertilisation enhances substrate availability to microorganisms and if changes in physical, biological or chemical soil properties along input gradients change decomposition conditions. Since SOC changes slowly, we will use data and samples of controlled and well documented long-term field experiments. 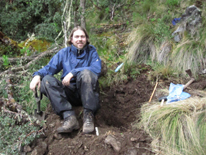 Since October 2010 my main tasks are to support the group members in channelling their ideas and hypothesis, to acquire funding for thesis and projects and to offer methodological and scientific input.

My own research focuses on effects of land-use and environmental conditions on carbon and nutrient dynamics in the soil. I am convinced that the role of soil in the “Earth´s Critical Zone” is essential and can only be better understood by interdisciplinary approaches integrating different spatial and temporal scales.

Work was conducted along a gradient of tree-species diversity and beech abundance. Unfortunately the gradient is confounded by a gradient in soil texture, monospecific beech stands having lower fine-soil contents. Therefore, former studies (e.g. Guckland et al. 2009) could not differentiate between soil texture and biotic effects. By means of particle size fractionation and a conceptual model, I could prove that there actually is a biotic effect on subsoil carbon storage (Schleuß et al. 2014)). The article received more than 500 downloads during six weeks after being published and was chosen for the "monthly highlights" collection in Environmental Research Letters.

Currently I am working on my Ph.D. in the Department of "Soil Science of Temperate Ecosystems" (Prof. Dr. Yakov Kuzyakov), but I stay in close contact with the working group.

My name is Xuan Truong Vuong and I come from Vietnam. In my PhD study, I am studying the effects of disturbances, land use and land use change on soil carbon fractions with different stability. To do so, I am developing a thermal fractionation method, which is quick, economical and easy to apply to large numbers soil samples. For that, I presently analyze soil samples from Germany, Mexico, South Africa and Brazil with very different disturbance and land use history, e.g. seasonally dry wetlands, fire, old traditionally Colluvisols and formerly military (tank) land use. It is already proven that the method can be used to measure total, inorganic and organic carbon in a single analytical run (Vuong et al. 2013)).

Agroforestry is seen as the most sustainable form of land use in tropical ecosystems. However, there is a huge range of management options within these systems ranging from simple shade trees with low canopy cover to “multiestrato” systems trying to mimic natural structures of rainforests. The Research Institute of Organic Agriculture (FiBL) set up a long-term experiment in the Alto Beni region of Bolivia. After completing diploma and MSc. thesis to document soil heterogeneity, further investigations on the fate of nutrients and carbon in the different systems will be conducted.

Global and spatial water circulations are said to undergo changes in the last and coming decades. Affects on agricultural production are predicted that might be decreased by choosing adequate production systems. In my master thesis I already worked in the field of water and cocoa production, analyzing ecophysiological responses concerning water of cocoa leaves in various cocoa production systems established by the FiBL in Alto Beni, Bolivia (system comparison of FiBL). In my PHD study I’m working on the vertical water balance in four cocoa production systems, including monocultures and agroforestry, and a fallow plot. Therefore, I measure rain throughfall and soil humidity, as well as microclimatic parameters. Another focus is on water stress responses in leaves and cocoa beans of different cocoa cultivars. 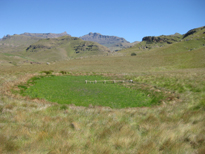 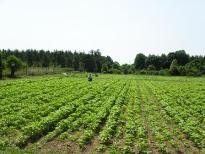 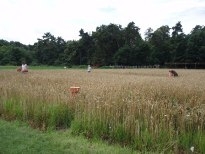 As above with spring wheat and closed chambers for trace gas measurements (by N. Jäger) 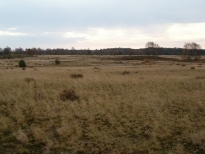 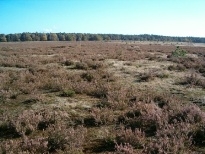 As above, restored by spreading heath plaggen and seeds of Calluna vulgaris L. 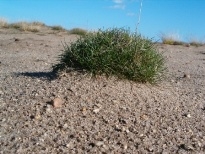 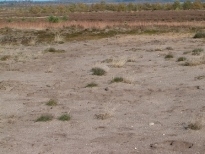 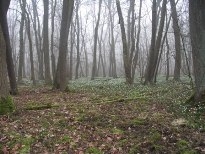 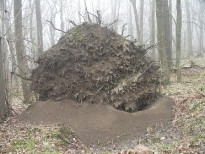