China has been exporting aid goods worth around $835 million annually since 2017. These material resources are distributed by China primarily according to geopolitical interests and increasingly to Asia and Africa. The outbreak of the coronavirus pandemic in 2020 meant that China gained political ground worldwide with medical aid supplies – especially face masks and vaccines. Recently, grain shipments to Africa in particular have been on the rise. This is according to an analysis by researchers at the University of Göttingen, the University of Groningen, and the Kiel Institute for the World Economy. The research builds on a new, freely available database developed by the researchers, which will be updated approximately every three months.

"In recent years, China has grown to become one of the world's largest donors of development aid," says Andreas Fuchs, Professor of Development Economics at Göttingen University and Director of the Kiel Institute China Initiative. "However, the full amount of aid has not been made public, which made it difficult for other donor countries to use their development aid strategically and effectively. Our database now makes China's aid deliveries more transparent."

The Chinese Aid Exports Database contains all Chinese aid shipments by official and private donors since 2017 and is based on official Chinese export statistics. The database covers 195 countries. 184 of those received goods sent as aid from China. Only goods deliveries are recorded, not money transfers. The methodology and procedure for analysing the data are explained in a Kiel Working Paper: Tracking Chinese Aid through China Customs: Darlings and Orphans after the COVID-19 Outbreak.

Recognition of Taiwan disqualifies countries from receiving aid from China

The latest data update is from September 2022, according to which China has again stepped up its aid deliveries after the start of the Russian war against Ukraine in the form of grain to Africa after a long pause. In September alone, China delivered grain worth $1.15 million. The recipient countries were Gambia, Eritrea, Ethiopia, Djibouti, and Somalia.

An evaluation of the years 2017 to 2021 shows that China exported a total of $4.2 billion worth of aid, or an average of $835 million per year. The better a country is politically aligned with China, the more aid it receives. For example, recognition of Taiwan as a sovereign state almost completely disqualifies a country from receiving Chinese aid.

With the outbreak of the coronavirus pandemic, the export of medical supplies such as face masks, vaccines, or respirators increased dramatically. Relief supplies from other areas declined. In the period from March 2020 to December 2020, medical face masks accounted for almost a quarter of all aid shipments from China; in 2021, vaccines dominated aid shipments with a share of almost 60 per cent.

"The outbreak of the coronavirus pandemic marks a turning point in China's delivery of aid. In the course of its ‘mask diplomacy’ in 2020, China also supplied high-income countries, and even political rivals, at the expense of countries who had been recipients of aid in the past, especially in Africa. China has obviously seized the opportunity to expand its political sphere of influence," says Fuchs.

Germany, for example, received medical face masks worth almost $5 million and the USA almost $17 million. One of the biggest beneficiaries of China's “mask diplomacy” – in terms of population size – was Luxembourg, with mask deliveries worth almost $13 million. The country is considered an administrative centre for China's “New Silk Road” and therefore strategically important.

China’s economic competitors, Russia and India, were also supplied with masks by China, worth just under $20 million and at least $5 million respectively. With the “vaccine diplomacy” of 2021, however, Beijing went back to its previous principles: aid recipients of the vaccine were mainly politically aligned and economically poor countries.

Overall, between January 2017 and September 2022, the recipients of the most generous aid packages in terms of export value were Cambodia ($261 million), Ethiopia ($198 million), Pakistan ($193 million), Tajikistan ($181 million), and Myanmar ($163 million). Taken together, medical supplies dominate the period, while non-medical aid such as food, electronic equipment, and building materials follow a way behind.

To the Kiel Working Paper: https://www.ifw-kiel.de/experts/ifw/andreas-fuchs/tracking-chinese-aid-through-china-customs-darlings-and-orphans-after-the-covid-19-outbreak-17600/ 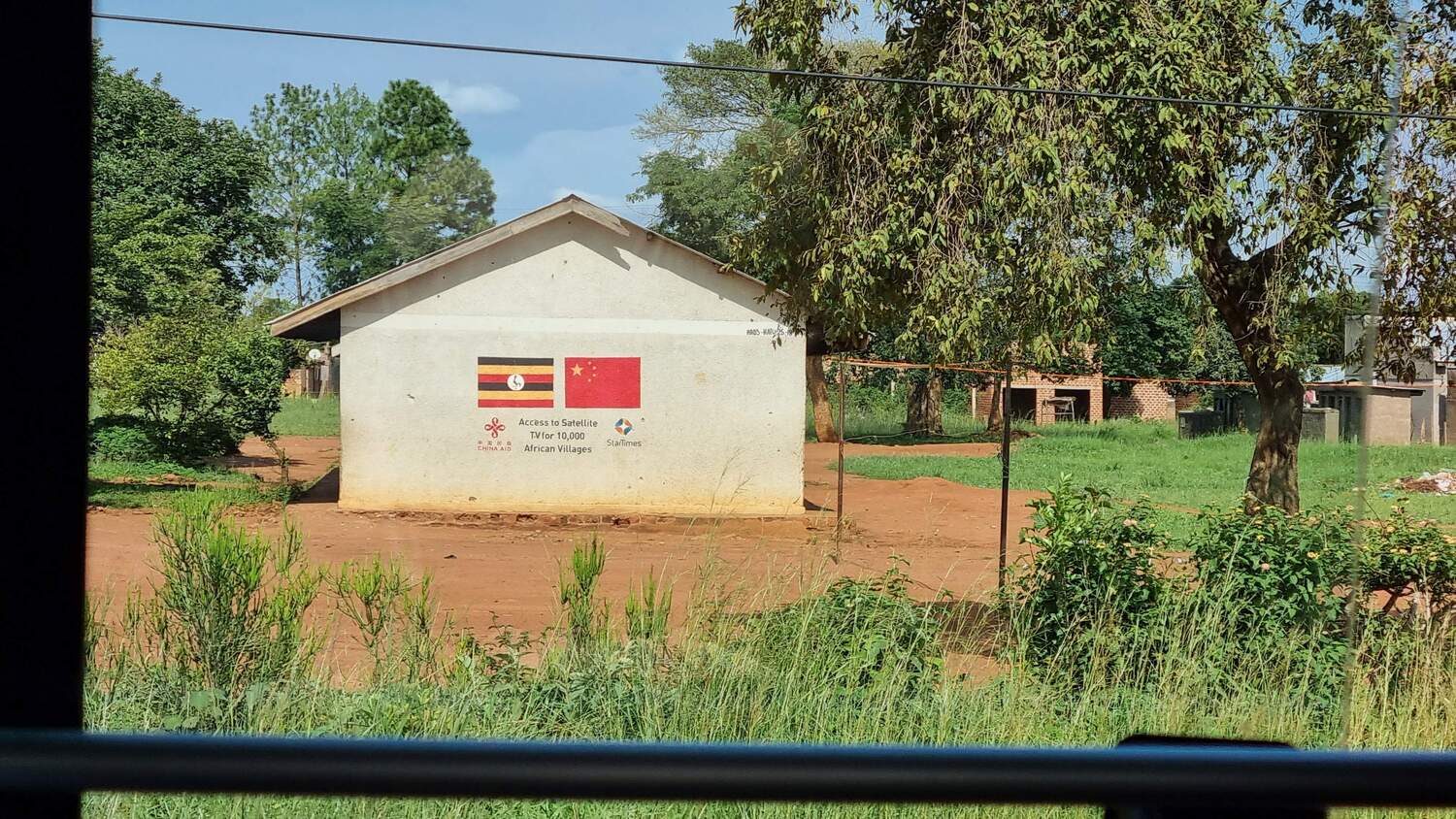 Advertisement of a Chinese satellite television development project in Uganda 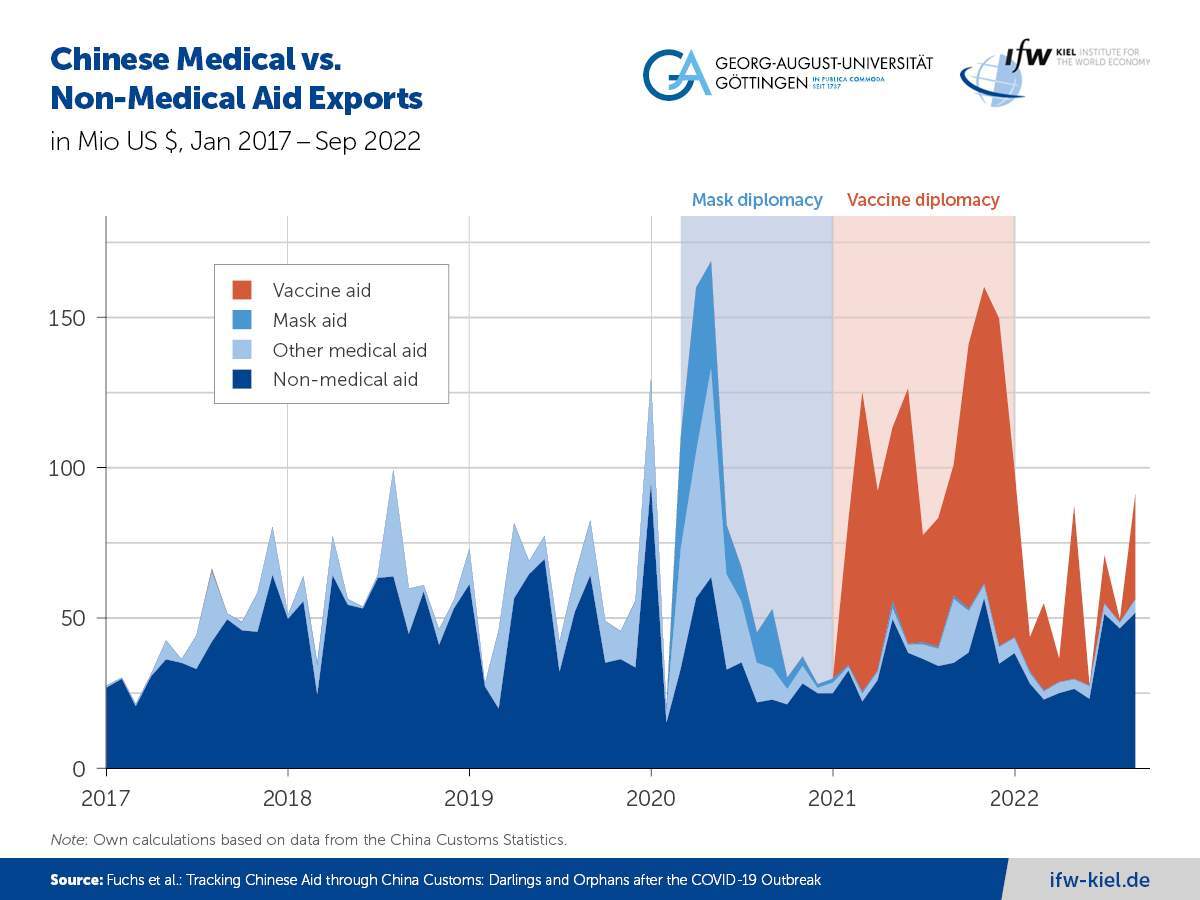 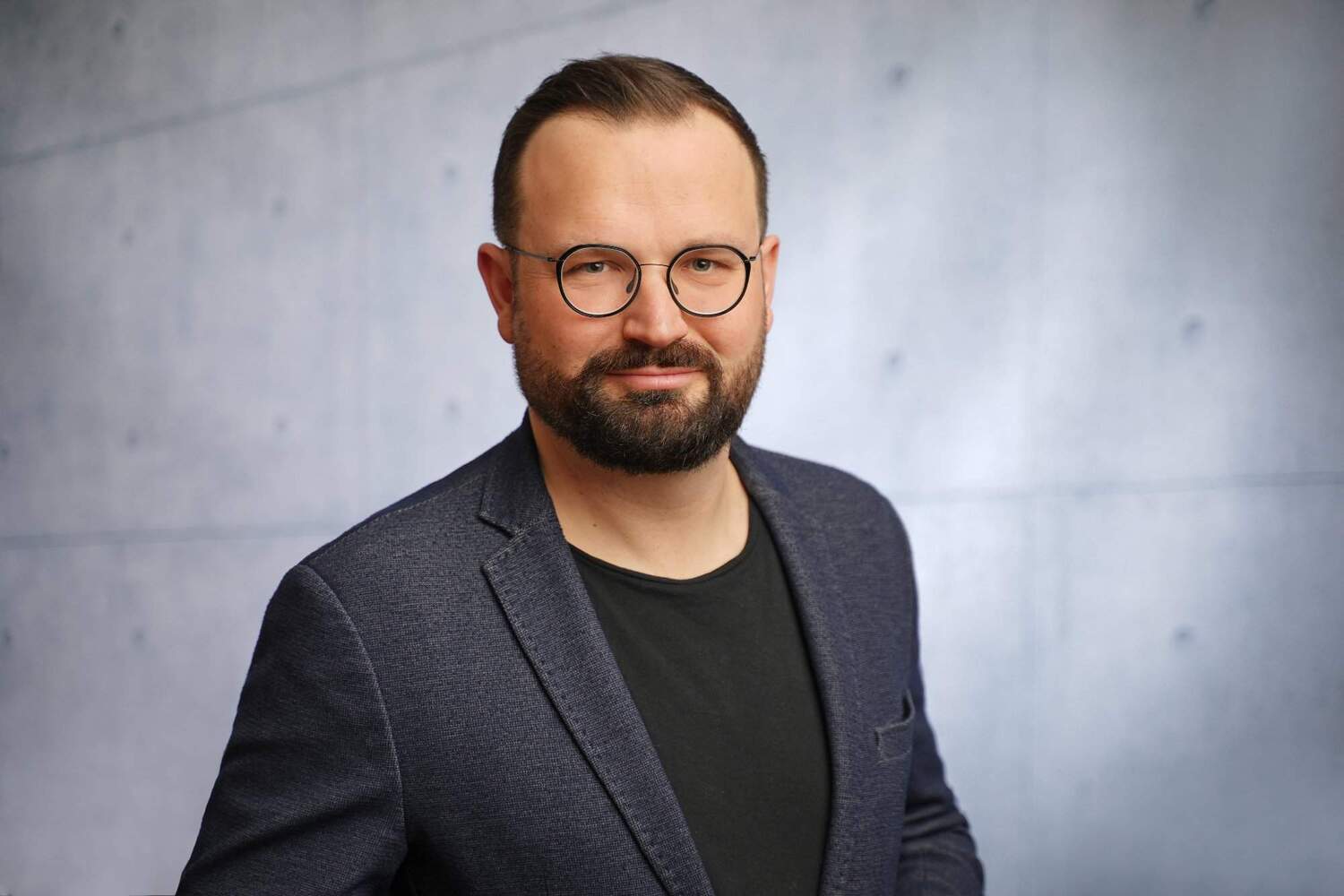