The University is established with the purpose of training well equipped individuals to contribute to science and technology with research activities answering to the needs of our age under the light of scientific data as the 97th university in our country and 5th state university in Ankara with 7 faculties, 1 vocational school, 4 graduate schools and 1 conservatory. (In accordance with decision with Law no 27648 published on Official Gazette enacted on July 21st, 2010). Since they year 2016 onwards, the university is offering education with 12 faculties, 1 school, 1 state conservatory, 3 vocational schools, 5 graduate schools and 15 application and research centres.

Faculty of Islamic Sciences was established within the body of Yıldırım Beyazıt University in March, 2012. The faculty admitted its first undergraduate and postgraduate students in 2013-2014 Academic Year. Along with one year prep class focused on Arabic Language, period of study is five years. There are three main departments within the body of the faculty: Department of Basic Islamic Studies, Department of Philosophy and Islamic Sciences and Department of History and Arts of Islam. There are also sub-fields such as Tafsir, Hadith, Islamic Jurisprudence, Kalam, Sufism, Arabic Language and Rhetoric, Islamic Philosophy, Philosophy of Religion History of Islam, Turkish-Islamic Literature. Our objective is to be a distinguished higher education institution answering the needs of the society and to produce and spread knowledge about universal and original values, evaluate this knowledge according to Islamic values and to raise individuals answering the needs of the time and religious needs of the society.

By consulting to the primary resources concerning the religious issues of today which can be regarded, the faculty also aims to offer graduate education and publish academic journals as a continuation of bachelor education. Cooperating with the universities and institutes abroad that are offering education and conducting researches in the field of Islamic Sciences, the faculty aims to provide opportunities to its students to be more equipped professionally.

Graduates may work as research assistants at faculties of Theology or Islamic Sciences of the universities. They may also work as Ministry of Education, Ministry of Religious Affairs, and private education institutions and related areas abroad.

Bolu Abant İzzet Baysal University, one of the notewhorthy univesities in our country, located in an area surrounded by natural beauties between two metropolis İstanbul and Ankara, was founded on 3 July 1992. The university, which has been developing rapidly since its foundation, has campuses in the city centre and three districts of Bolu (Gerede, Mengen, Mudurnu). The main campus of the university, namely İzzet Baysal Campus, is located in Gölköy, which is 8 km from the city center and surrounded by a unique natural beauty.

The university comprises 16 faculties, 4 institutes, 2 schools, 8 vocational schools and 15 research centers. 1377 faculty members and 772 administrative staff in the university are proud to provide a quality and modern educational setting for about 33.000 students.

Bolu Abant İzzet Baysal University is a third model as not being purely a state or foundation university but a state university supported by a foundation. Bolu Abant İzzet Baysal University has been supported by the foundation founded by İzzet Baysal, one of the greatest philanthropists in Turkey. The university has reached an excellent physical structure and superior technologic infrastructure with the facilities and equipment investment amounting to 262 million TL as of 2010 funded by İzzet Baysal Foundation and the state allocation. The Foundation not only supports the international achievements of academics but also provides scholarship to successful students.

The university aims to become the most rapidly developing university to go beyond the modern civilization level as suggested by Mustafa Kemal Atatürk, the founder of Republic of Turkey. To this end, the university, prioritizing science at international standards, attaches outmost importance to the national and local needs in training and education. The university not only provides a research environment that follows scientific developments and technologies with an international competetion capacity but also continuoulsy keeps up with the developments to ensure the best opportunities for students.By this way, Bolu Abant Izzet Baysal University has covered a lot of ground since it was founded and has been one of the fastest developing universities.

Although the faculty of theology has a long history, it was established for the first time within the Darulfunun. The first attempt to open the Darulfunun was in 1846. There were other attempts in 1863, 1870 and 1874. During the Abdulhamit II´s 25th anniversary of taking the throne, which was on August 30th, 1900 Darulfunun-i Sahane was finally opened. It was established with 3 branches consisting of Sciences, Literature and Theology. In theology section basic Islamic disciplines were taught including Tafsir (commentaries on the Quran), Hadith (the collection of the sayings and actions of prophet Muhammad and his companions), Usul-i Hadith (Hadith methodology), Fiqh (Jurisprudence), Usul-i Fiqh (Jurisprudence methodology), Kelam (Theology) and the history of Islam.

The faculty of theology of Istanbul University is located in Saraçhane which is one of the most central districts of Istanbul in terms of its historical heritage and the cultural environment. It is a walking distance to the great libraries which attract many researchers from various countries of the world, such as the central library and rare books, library of Istanbul University, Suleymaniye library, Beyazit state library and millet library. Besides, the faculty is very close to many historical, cultural and arts centers such as Suleymaniye Mosque and complex, Sehzadebasi mosque, blue mosque, Fatih mosque and comple, Atif efendi library, Ragip Pasa library, Ottoman archives of the prime ministry, Grand Bazaa, Topkapi Palace museum, Istanbul Archeology Museum and Hagia Sophia.

In addition to the above, the Column of Marcian (Kiztasi), the Valens Aqueduct (Bozdogan Su Kemeri), Amcazade Huseyin Pasa Madrasah, and the head office of Istanbul Metropolitan municipality which is one of the most important architectural structures in the Republican era. The faculty of Theology is adjacent to the ruins of the Monastery of Ayios Polieuktos. In the garden of the faculty there are Hayradhane Masjid and Graveyard; Haydarhane lodge (Dervish house), Bekiraga Hadith school (Darulhadis) from Ottoman period and the restoration, restitution and reconstruction works of these builds are still ongoin. From the faculty building, the golden horn, Yenikapi coasts and even Princes islands can be seen.

Our faculty was established within Sakarya University, under the law number 3837 which had been adopted in 3 July 1992. The Faculty had started its activities in 1993-1994 with three academic departments, having its first graduates in 1997-1998 academic year. The departments include; Fundamental Islamic Sciences, Philosophy and Religious Studies and Islamic History and Arts.

The aim of our faculty is to train the specialized staff as experts of religious studies, hence leading to the development and strengthening of correct religious understanding and behavior in society. At the same time, with post-graduate training and education given by a number of different departments, post-grads are equipped with in depth knowledge of their subject of specialty. After completing their courses, our graduates can therefore go into a vast number of different fields related to Religious Studies such as; teaching for the Religious and Culture Studies for both primary and secondary school levels, teaching in Vocational courses at Religious High Schools under the Ministry of National Education. They can also act as Imams, preachers and muftis at Presidency of Religious Affairs.

Our faculty accepts students to first and second education by OSYM examination according to YGS4 point. In addition, there exists a Theology Degree Completion Program (ILITAM) in our faculty. 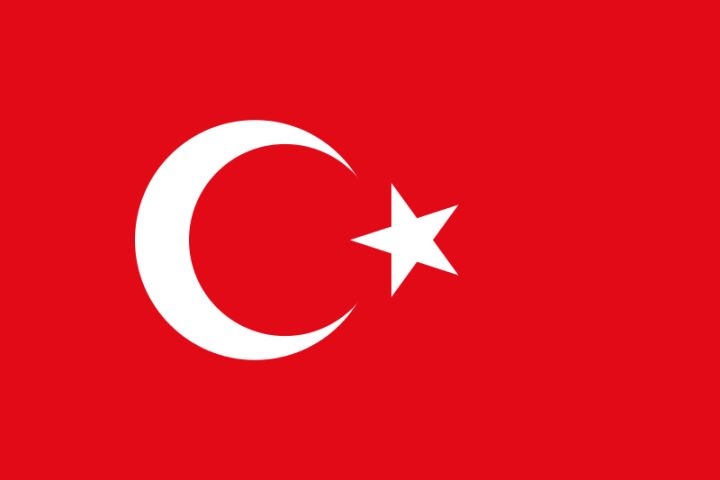