Aims of the handbook

The main aim of this handbook is to provide a concise and comprehensive overview of the state of the art in sign language linguistics. It will be of interest not only to sign language linguists, but also to all those concerned with typology, theoretical linguistics, psycho- and neurolinguistics, sociolinguistics and applied linguistics.
All the topics mentioned in the previous section (and to be further specified below), which make sign language linguistics such a promising and interesting area of research, will be represented in the handbook. They will be presented so that the content will be fully accessible to linguists who are not familiar with sign language linguistics. The organisation of the handbook (see section 5) is designed so that the handbook can serve as a work of reference for all linguists working on a specific topic.
Crucially, the topic of each chapter will be addressed from a cross-linguistic perspective, thereby allowing the reader to evaluate the intra- and inter-modal variation attested within that area. Wherever appropriate, all three approaches to the study of sign languages (see section 2) will be called on in the discussion of a given phenomenon, e.g. the comparability of sign and spoken languages, the influence of modality on language, and typological variation between sign languages. The contributions will also sketch available theoretical analyses for a given phenomenon. However, they will not argue for or against a specific analysis but rather give a neutral survey of existing approaches. 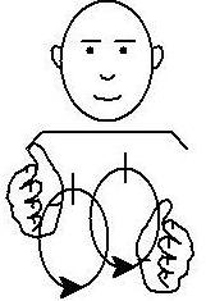