"Die SprachChecker" is the German version of the "Taaltrotters Abroad", which is an educational multimedia project for pupils from 12 to 16 years old, about language awareness, multilingualism and linguistic diversity. "Taaltrotters Abroad" is the European adaptation of the successful predecessor developed for the Netherlands and Flanders in 2002. The project is an European Lingua I project, funded by the SOCRATES programme to promote language learning and language teaching.

"Talltrotters Abroad" has been developed by academics and multimedia experts. It started in October 2006 and was completed in October 2008. Versions of the materials are developed in German ("Die SprachChecker"), Finnish ("Kielijengi") and Swedish ("Språktrotters") and are validated in about 80 schools.

The educational multimedia project consists of an interactive movie on CD-Rom, a booklet and a website with assignments, linguistic information, teacher information and frameworks for linguistic teaching at an (inter)national school level. It focuses on language awareness, multilingualism and linguistic diversity. The project challenges pupils to look into their own linguistic identity. It shows that learning language, using language and thinking about language is fun, and that crossing linguistic barriers is exciting. Pupils become more conscious language users and their sensitivity towards languages grows. "Taaltrotters Abroad" contributes to integration in school and in the classroom. The pupils discover that they can learn from their classmates’ language and culture. They develop an awareness of linguistic diversity, sociolinguistic aspects of languages and multilingualism in Europe. 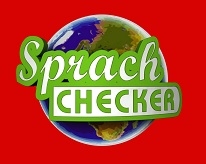