March 2020
In a thesis paper, acatech publishes its suggestions for the way out of the Corona crisis. Prof. von Cramon-Taubadel was also involved in the paper which can be found on the acatech website.

Prof. von Cramon-Taubadel commented on the British agricultural reform after the Brexit. The article can be found here.

January 2020
Prof. von Cramon-Taubadel took part in the agricultural debate on the topic "EU agricultural policy: Is a shift from the 1st to the 2nd pillar a step in the right direction?".
His statement on the topic can be found here together with those of the other discussants.

September 2017
"Kein Mangel an Betriebsleitern"
The September issue of the German journal „top agrar“ shows Dr. Carsten Holst and Prof. Dr. Cramon von Taubadel comments on the Rentenbank study from May 2017. The study can be found below. The article "Kein Mangel an Betriebsleitern" has been published in the „top agrar“ issue number H 13285/SR on page 17.

Bertelsmann Stiftung:
The Common Agricultural Policy and the Next EU Budget Reflection 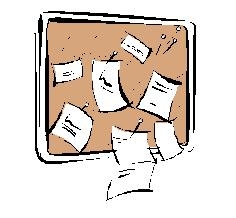