Press release: How’s that grab you?

(pug) For decades, scientists assumed that statistical abilities were closely linked with language abilities and mathematical education. An international team of researchers from the University of Göttingen, the Max Planck Institute for Evolutionary Anthropology in Leipzig and the University of St. Andrews in Scotland has now shown that great apes are also intuitive statisticians: They are able to intuitively identify relationships between samples and populations and infer probabilities from them. The results of the study were published in the scientific journal Current Biology.

Great apes clearly prefer to grab for peanuts than carrots. In a sanctuary in Uganda, researchers gave chimpanzees the choice between samples from two feed mixtures: One mixture consisted of 200 peanuts and 20 pieces of carrot, the other of reversed portions. However, the chimpanzees first had to observe human experimenters sampling from these populations—once directly, being able to look at the feed mixture, the other time blind.

“When humans deliberately chose peanuts or carrots, the chimpanzees ignored the proportions and opted for the sample drawn by the experimenter who had the same preference as the apes,” lead author Johanna Eckert of the Max Planck Institute for Evolutionary Anthropology explains the results. “If the people chose blindly, the apes changed their behaviour and favoured the better ratio.”

Remarkably, the apes inferred an experimenter´s preference only when the drawn samples were repeatedly unrepresentative of the mixing ratio; for example, when only peanuts were taken from the carrot mixture, but not when it was consistent with statistical likelihoods, such as only peanuts from the peanut mixture.

“Our study shows that chimpanzees, like human infants, observe both proportions and sampling conditions when drawing statistical inferences,” says Eckert. “This suggests that intuitive statistics are an ancient evolutionary ability that we share with our closest living relatives.”

Kalema and Eddie, two of the trial participants on Ngamba Island, Uganda. 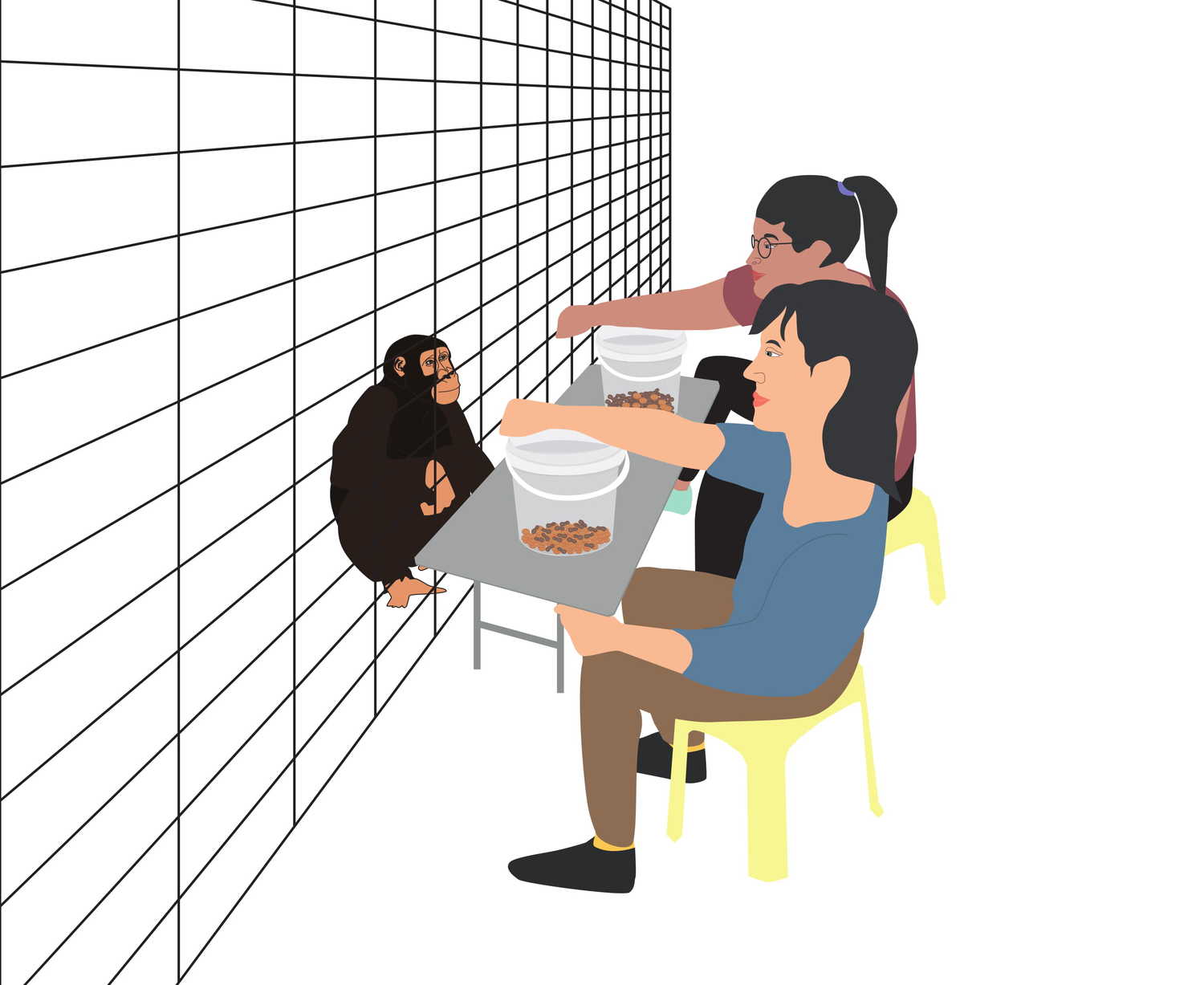