An international team of researchers with participation from the University of Göttingen has discovered three new planets, one of which is located far enough from its star to be potentially habitable. The new worlds orbit a star named GJ 357, an M-type dwarf about one-third the Sun’s mass and size located 31 light-years away in the constellation of Hydra. The results were published in Astronomy & Astrophysics.

In February 2019, cameras on NASA’s Transiting Exoplanet Survey Satellite (TESS) caught the star dimming slightly every 3.9 days, revealing the presence of a transiting exoplanet – a world beyond our solar system – that passes across the face of its star in every orbit and briefly dims the star’s light. The transits TESS observed belong to GJ 357 b, a planet about 22 percent larger than Earth. It orbits eleven times closer to its star than Mercury does our Sun. This gives it an equilibrium temperature – calculated without accounting for the additional warming effects of a possible atmosphere – of around 490 degrees Fahrenheit (254 degrees Celsius).

“We describe GJ 357 b as a so-called hot Earth,” explains co-author Professor Stefan Dreizler from Göttingen University’s Institute for Astrophysics. “Although it cannot host life, it is noteworthy as the third-nearest transiting exoplanet known to date and one of the best rocky planets we have for measuring the composition of any atmosphere it may possess.” If made of rock, this planet may be around twice Earth’s size.

Using ground-based data stretching back to 1998 from the European Southern Observatory and the Las Campanas Observatory in Chile, the W.M. Keck Observatory in Hawaii and the Calar Alto Observatory in Spain among others, the researchers led by the Institute of Astrophysics of the Canary Islands on Tenerife confirmed the planet’s presence, and during that process uncovered two additional worlds.

GJ 357 c has a mass at least 3.4 times Earth’s, orbits the star every 9.1 days at a distance a bit more than twice that of the transiting planet, and has an equilibrium temperature around 260 degrees Fahrenheit (127 degrees Celsius). TESS did not observe transits from this planet, which suggests its orbit is slightly tilted – perhaps less than one degree – relative to the hot Earth’s orbit, so it never passes across the star from our perspective.

GJ 357 d, the system’s farthest-known planet, weighs at least 6.1 times Earth’s mass and orbits the star every 55.7 days at a distance about 20 percent of Earth’s distance from the Sun. TESS monitored the star for about a month, and the researchers predict that any transit would have occurred outside the TESS observing window. The planet’s size and composition are unknown, but a rocky world with this mass would range from about one to two times Earth’s size. With an equilibrium temperature of -64 degrees Fahrenheit (-53 degrees Celsius), at first glance the planet seems more glacial than habitable.

“GJ357 d is located within the outer edge of its star’s habitable zone, where it receives about the same amount of stellar energy from its star as Mars does from the Sun,” the researchers conclude. “If the planet has a dense atmosphere, which will take future studies to determine, it could trap enough heat to warm the planet and allow liquid water on its surface.” 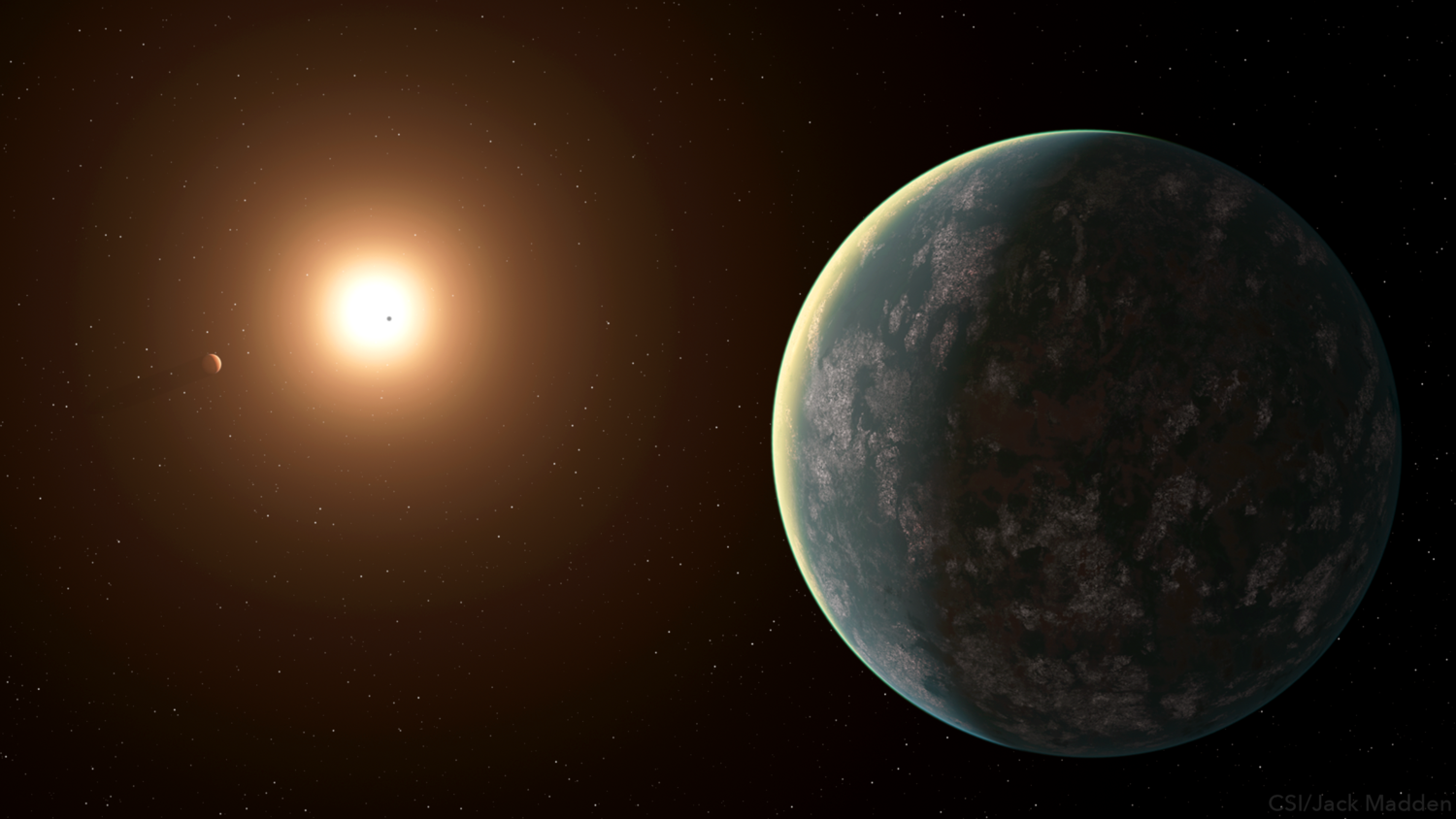 Artistic representation of the planetary system of GJ 357. 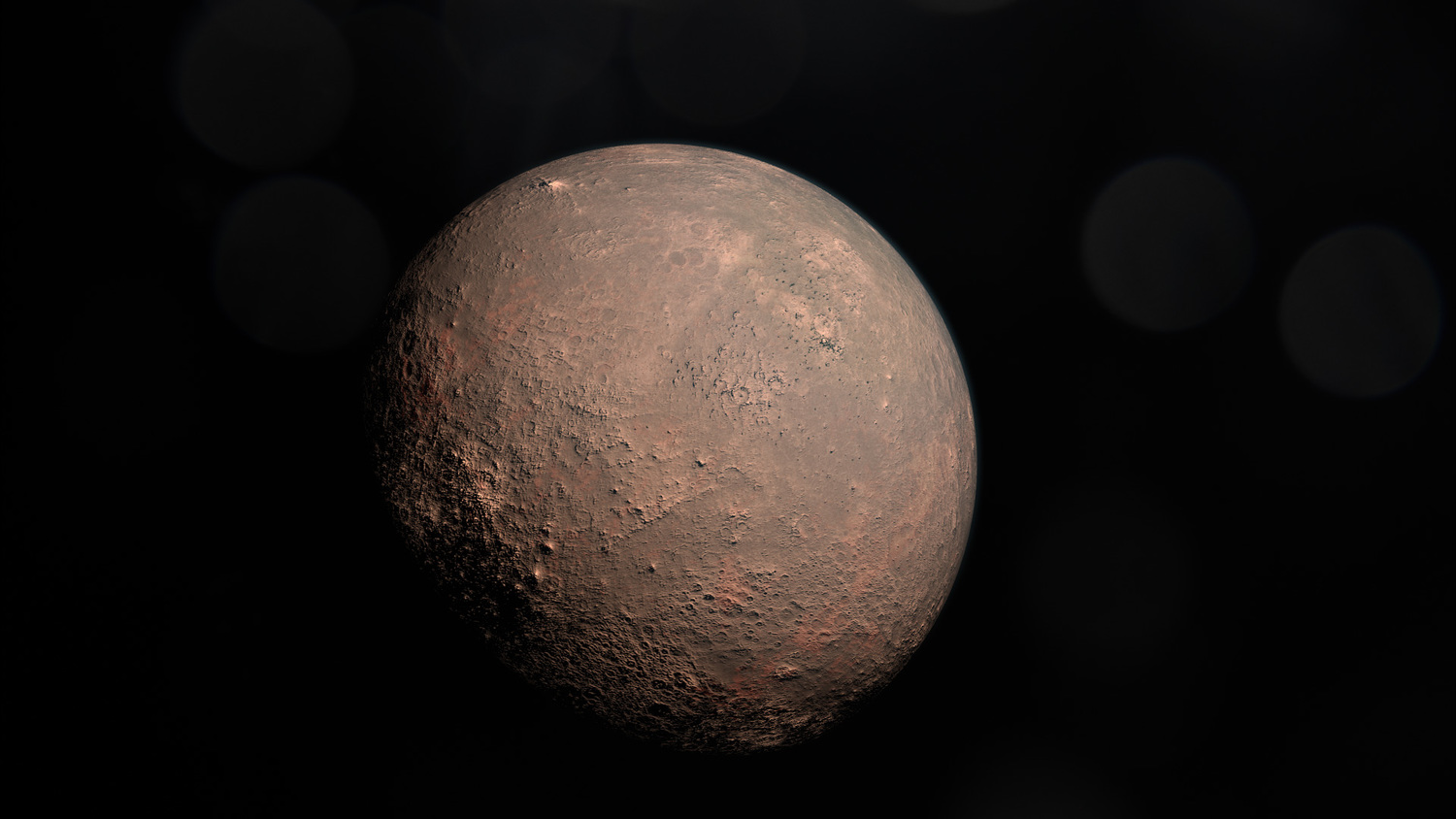 Artistic representation of GJ 357 b. 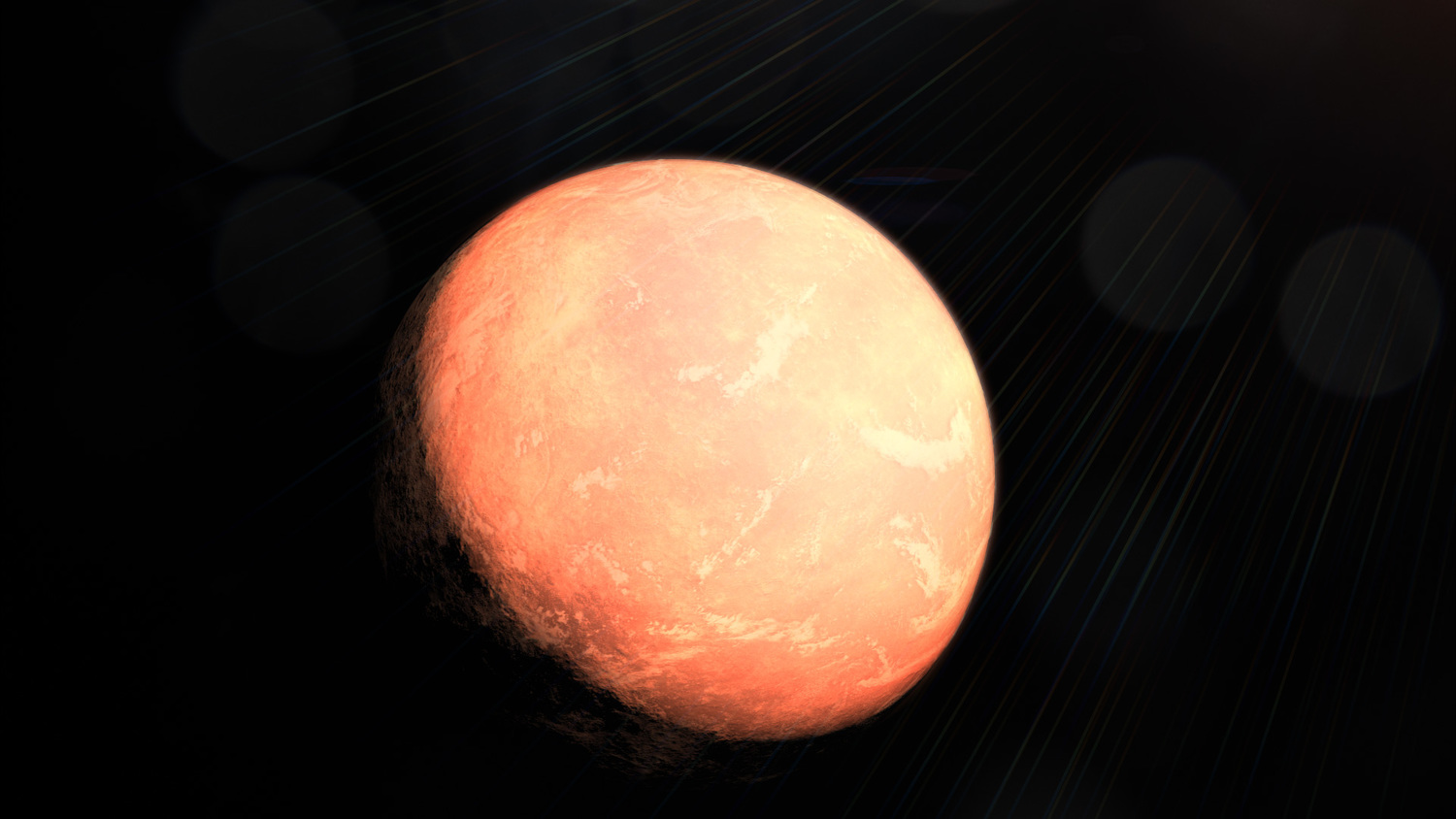 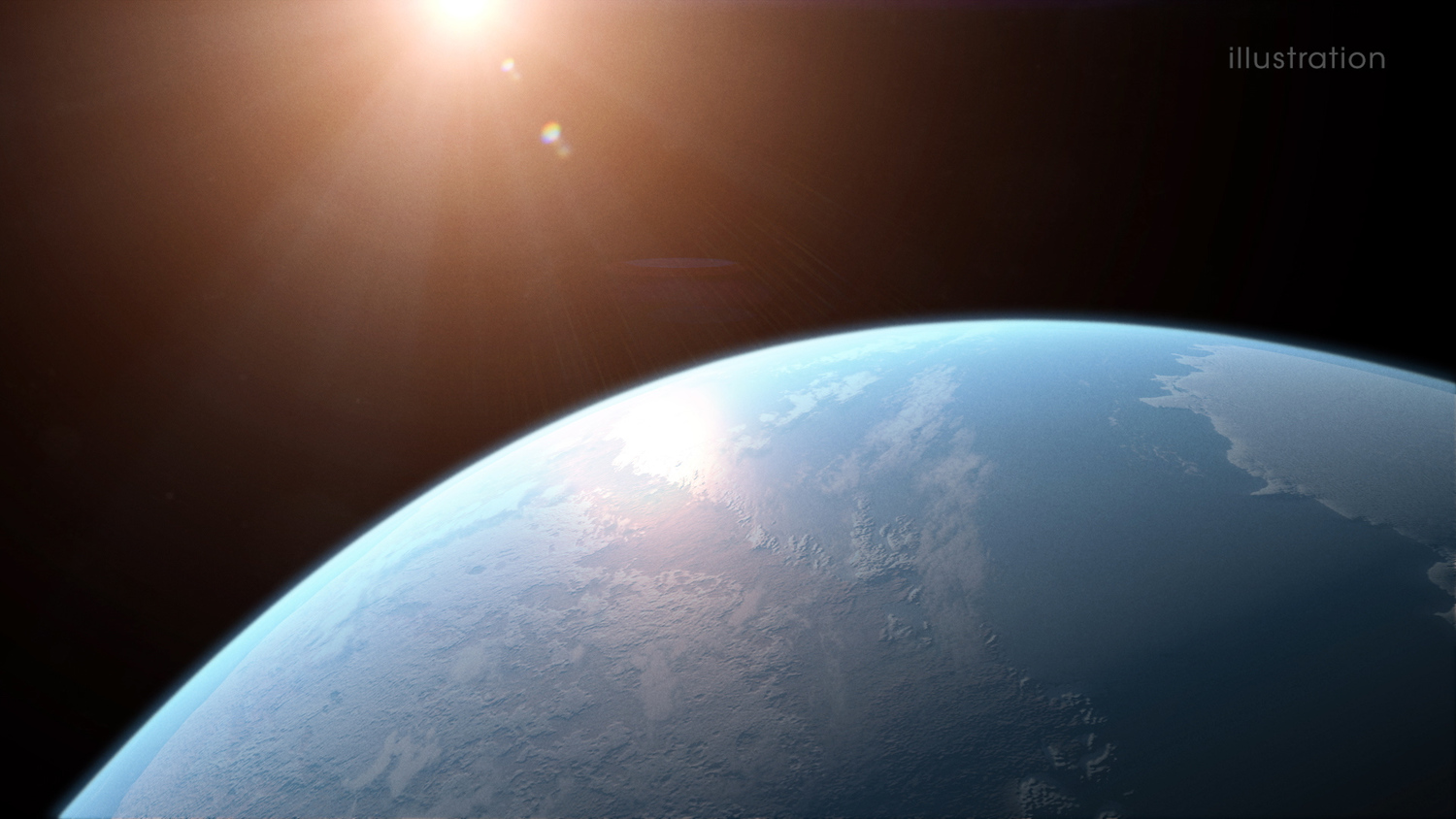