Agricultural scientist from the University of Göttingen involved in international study

If global greenhouse gas emissions continue to rise unabated, the risk of extreme droughts simultaneously affecting central wheat-growing areas could increase three to fourfold by the end of the century. This is the conclusion of an international study involving the University of Göttingen. Even with a significant reduction in CO2 and other greenhouse gas emissions, the scientists estimate the risk will double. The results were published in the journal Science Advances.

Over the past two decades, there have been massive and extreme periods of drought that have affected grain production in central production areas. It can be concluded that their simultaneous occurrence was a major reason for the shortage and price increase of wheat and food. "If the likelihood that such events will occur simultaneously continues to increase due to climate change, this will have a significant impact on the United Nations' second sustainability goal of eliminating world hunger by 2030," explains agricultural scientist Professor Reimund Rötter of the University of Göttingen.

The scientists asked three questions in their study: How likely is it that extreme drought will occur simultaneously in important wheat-growing areas in the future? Is there a correlation between simultaneous droughts and the world market price of wheat? And to what extent and under what circumstances can these risks be mitigated? "Bearing in mind that wheat is usually grown without irrigation, that it occupies the world's largest acreage and is the most traded grain, this development is of crucial importance for global food security," says Rötter.

The researchers' findings were that even if greenhouse gas emissions were reduced in accordance with the Paris Climate Convention, the increased yield risk of simultaneous droughts  still poses considerable challenges for plant breeders, agronomists, grain farmers and political decision-makers. "Some growers will be able to adapt to future environmental conditions, others will benefit from scientific breakthroughs, and others will have to adapt to other types of land use," explains Rötter.

In fact, since the same risks also exist for other crops with similar growing seasons and comparable sensitivities to drought, the authors of the study call for effective, science-based and coordinated policy measures to prevent the imminent shortage of staple foods and the associated social unrest. 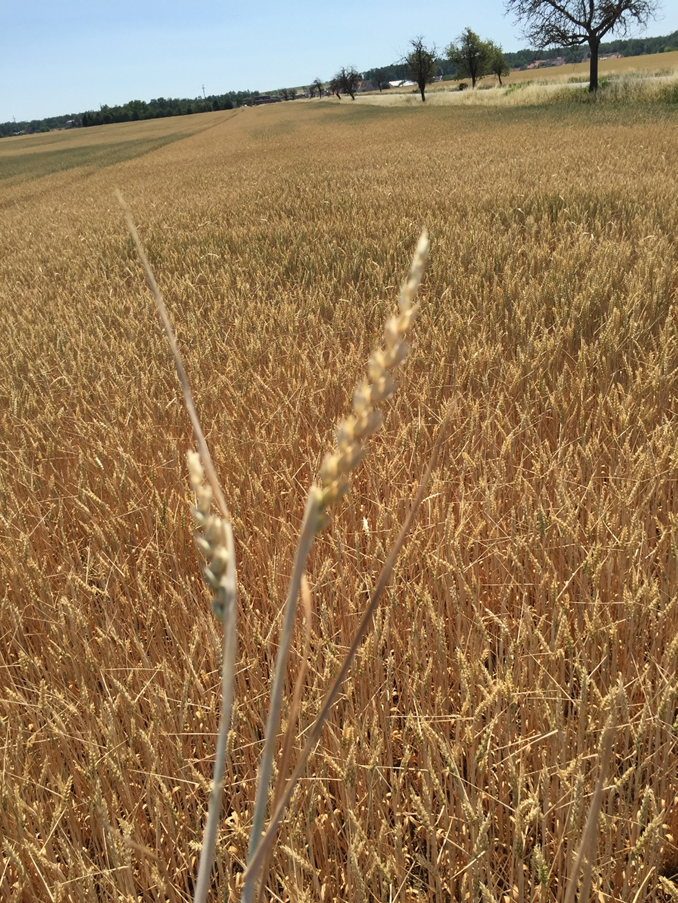 If global greenhouse gas emissions continue to rise unabated, the risk of extreme droughts simultaneously affecting central wheat-growing areas could increase three to fourfold by the end of the century. This is the conclusion of an international study involving the University of Göttingen.