Recent archaeological investigations in the Tollense Valley led by the University of Göttingen, the State Agency for Cultural Heritage in Mecklenburg-Vorpommern and the University of Greifswald have unearthed a collection of 31 unusual objects. Researchers believe this is the personal equipment of a Bronze Age warrior who died on the battlefield 3,300 years ago.  This unique find was discovered by a diving team headed by Dr Joachim Krüger, from the University of Greifswald, and seems to have been protected in the river from the looting, which inevitably followed fighting.  The study was published in Antiquity.

The archaeological records of the European Bronze Age are dominated by settlement finds, hoards and evidence of funeral sites.  However, the site at the river Tollense in Northern Germany is very different and provides for the first time in Europe the evidence of a prehistoric battlefield.  Over 12,000 pieces of human bone have already been recovered from the valley and osteoanthropologist Ute Brinker, from the State Agency has identified more than 140 individuals – young adult males in good physical condition. Their bones showed signs of recent trauma – the result of close and long-range weapons – and healed lesions, which probably indicate they were accustomed to combat. Isotopic results suggested that at least some of the group were not from the local area, but until now, it was not clear how far they travelled.

The discovery of a new set of artefacts from the remains of battle provides important new clues. The divers could document a number of Bronze finds in their original position on the river ground, among them a decorated belt box, three dress pins and also arrow heads. Surprisingly they also found 31 objects (250g) tightly packed together, suggesting they were in a container made of wood or cloth that has since rotted away. The items include a bronze tool with a birch handle, a knife, a chisel and fragments of bronze. Radiocarbon dating of the collection of objects demonstrates that the finds belong to the battlefield layer and they were probably the personal equipment of one of the victims. The finds were studied in a Master’s thesis by Tobias Uhlig and the new results make it increasingly clear that there was a massive violent conflict in the older Nordic Bronze Age (2000–1200 BC). In fact, recent evidence suggests that it is likely to have been on a large scale, clearly stretching beyond regional borders.

Professor Thomas Terberger, from the Department of Pre- and Early History at the University of Göttingen, says, “This is the first discovery of personal belongings on a battlefield and it provides insights into the equipment of a warrior. The fragmented bronze was probably used as a form of early currency. The discovery of a new set of artefacts also provides us with clues about the origins of the men who fought in this battle and there is increasing evidence that at least some of the warriors originated in southern Central Europe.”

Department of Pre- and Early History 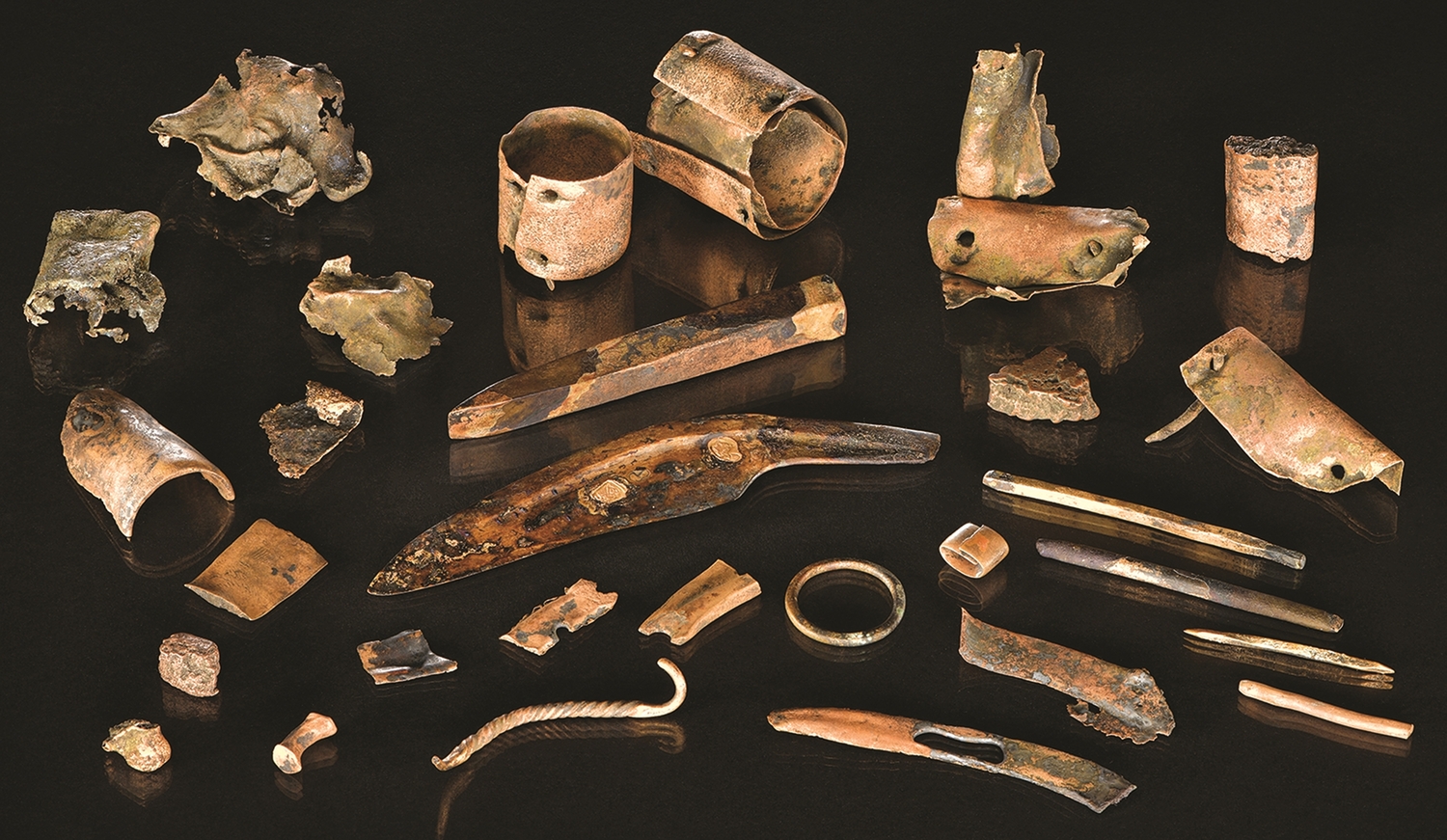 This collection of objects was found by divers in the Tollense river and is probably the contents of a personal pouch of a warrior who died 3,300 years ago on the battlefield. 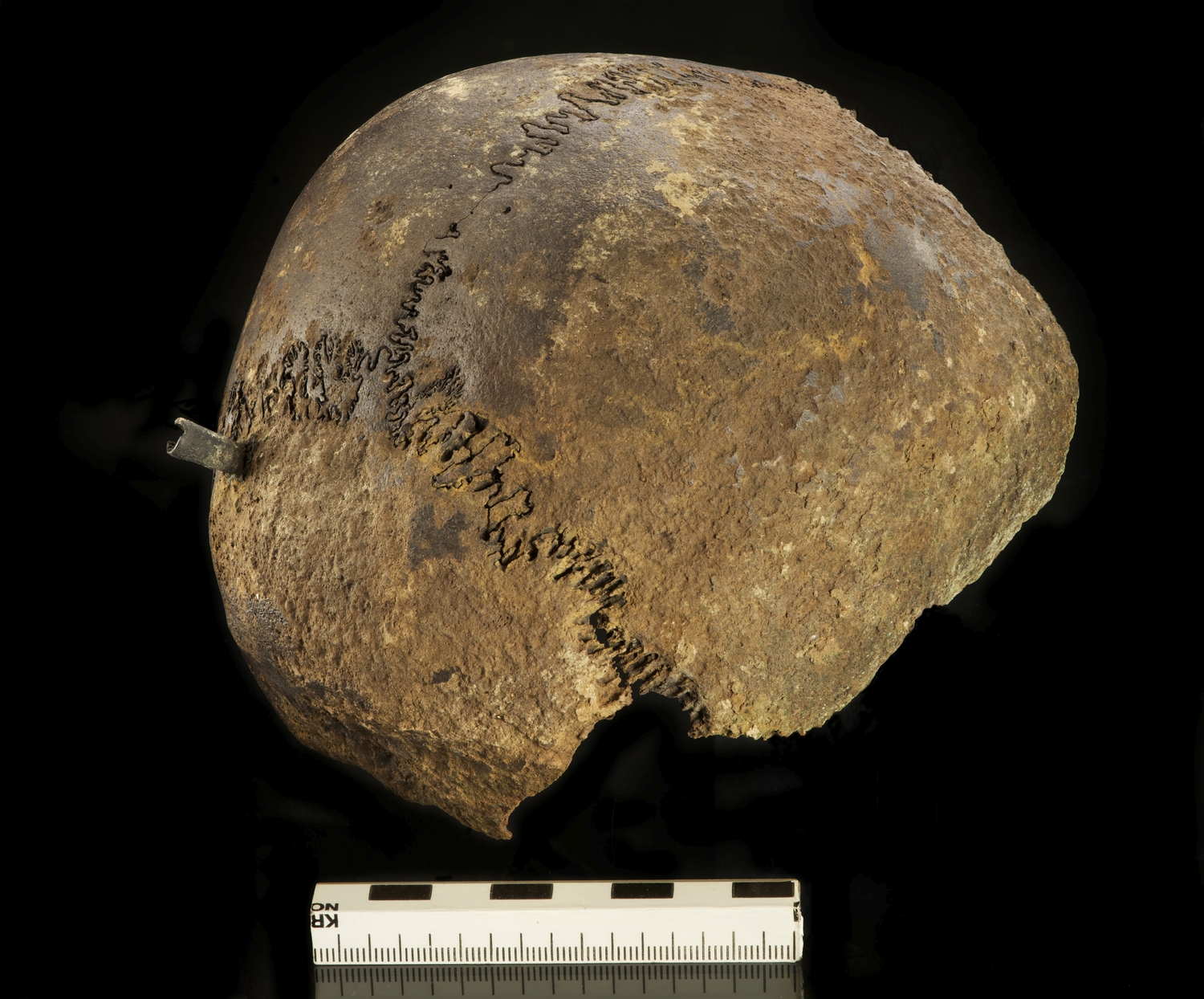 Human skull found in the Tollense valley with fatal trauma caused by a Bronze arrowhead. 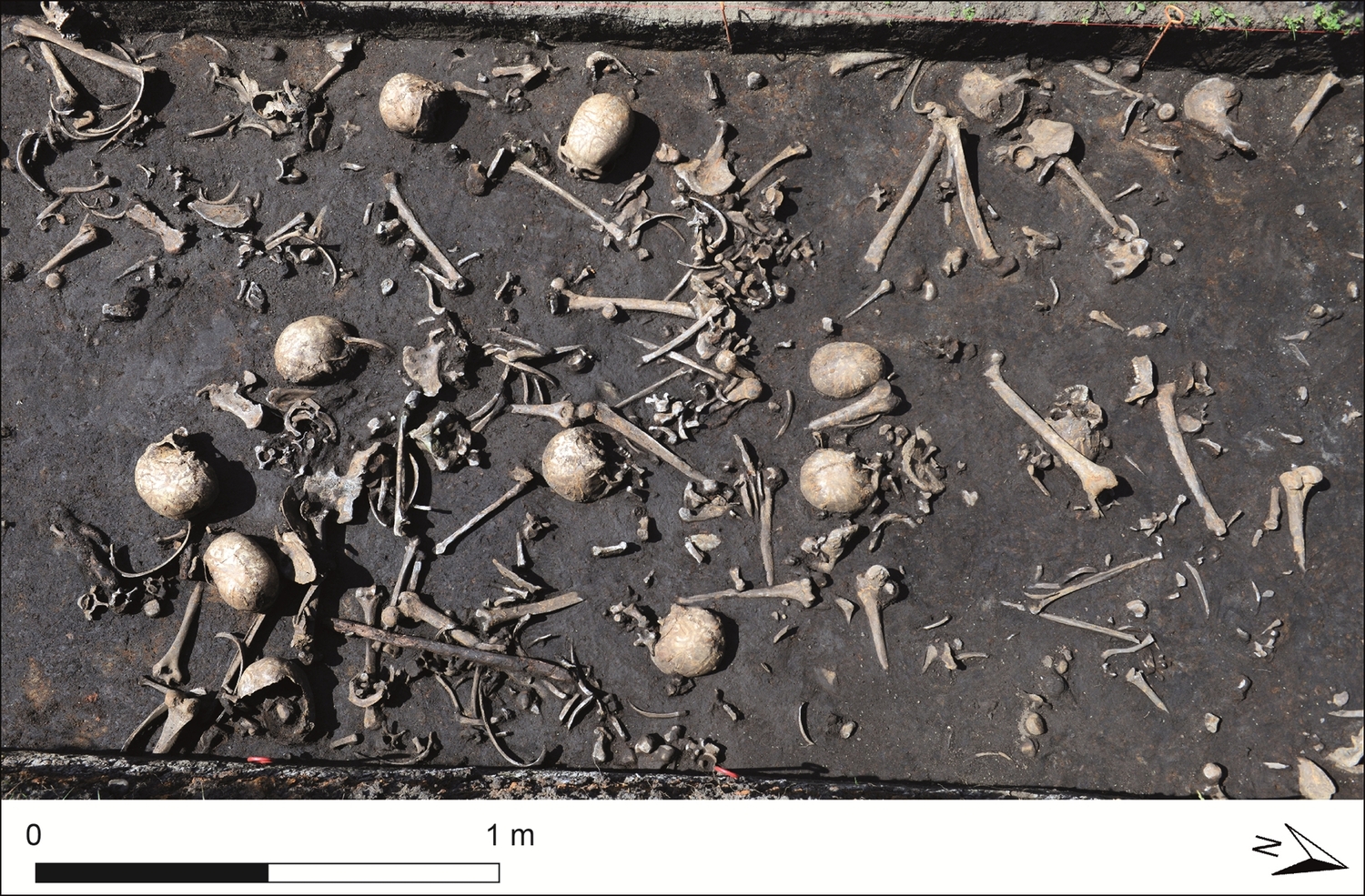 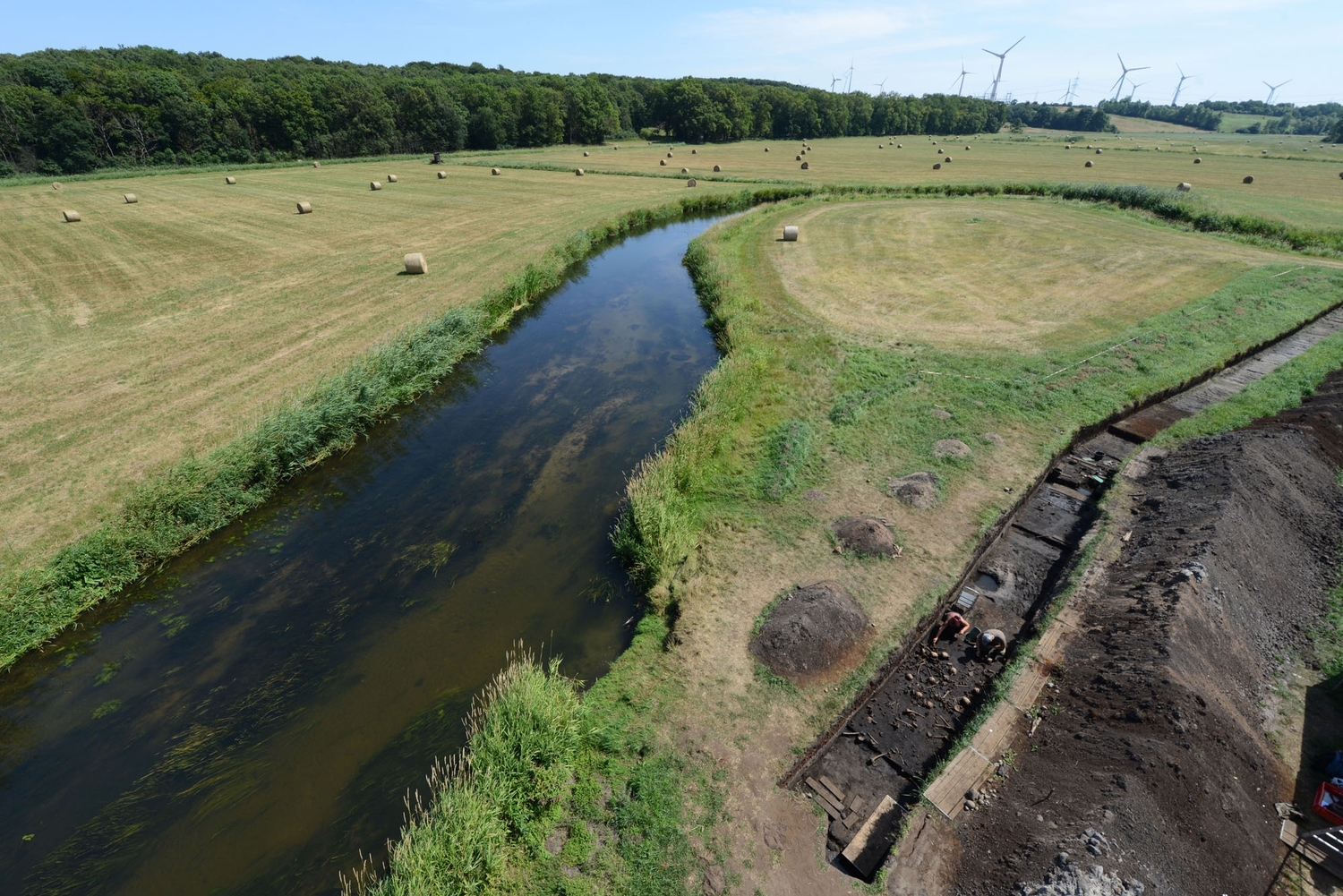 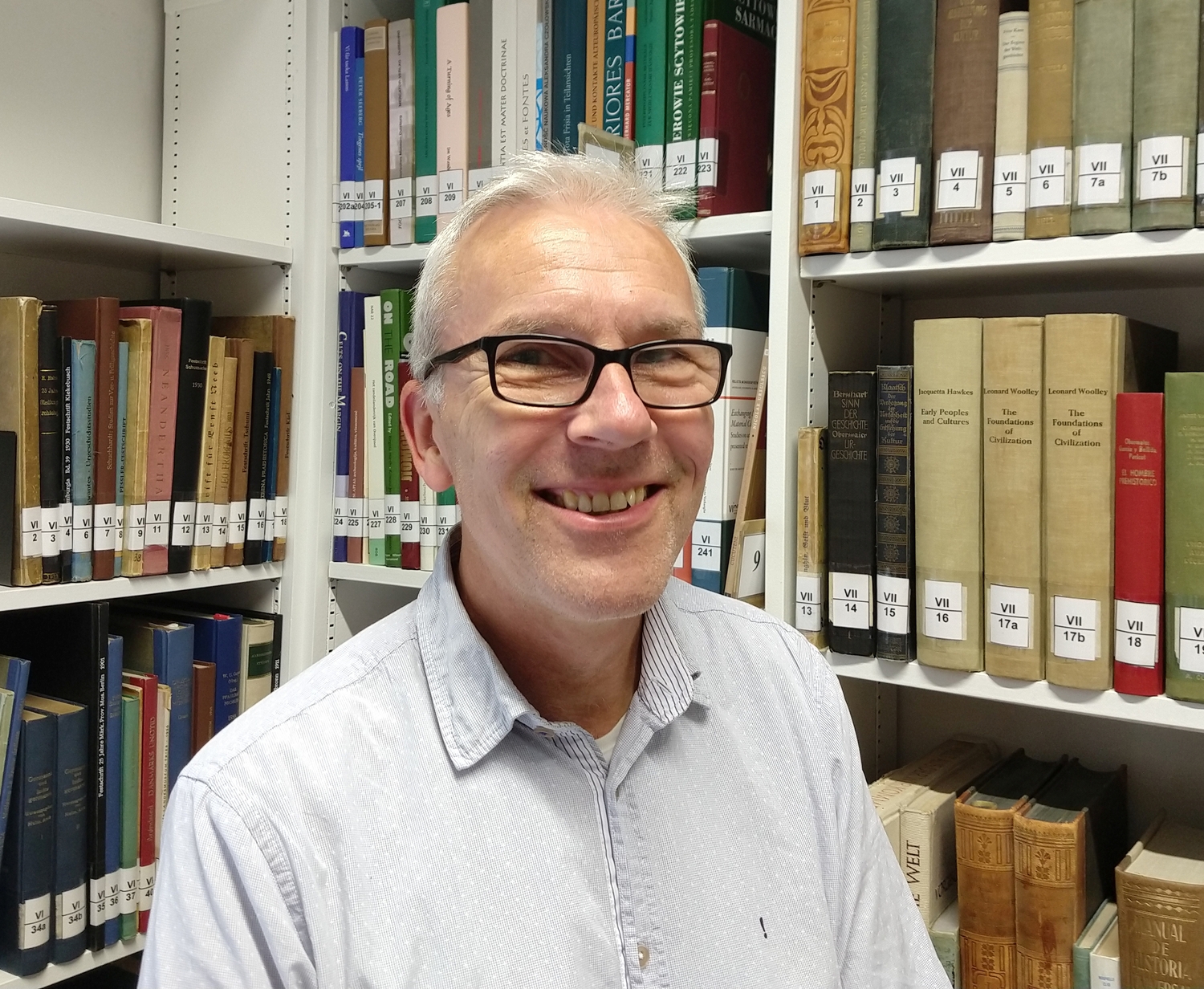