Göttingen Scientists are on the trail of an alternative erythropoietin receptor

The hormone erythropoietin (Epo) is a well-known doping substance that has a long history of abuse in endurance sports, such as cycling. In addition to promoting red blood cell production (erythropoiesis), which improves the oxygen supply in the organism, Epo also protects nerve cells from cell death. In order to use this effect to cure neurodegenerative diseases, however, the negative effects caused by Epo through the stimulated formation of red blood cells need to be prevented. Researchers at the University of Göttingen have now discovered an alternative Epo receptor that could potentially also trigger protective effects in humans without the side effects on erythropoiesis. The results were published in the journal Frontiers in Molecular Neuroscience.

Epo could be used to treat neurodegenerative diseases such as Alzheimer's and Parkinson's or reduce damage after strokes. However, clinical studies have shown severe side effects, which, according to current knowledge, are probably due to Epo's ability to stimulate the production of red blood cells. How could the cell-protective effect of Epo be separated from the effect on blood cell formation? Researchers from the Department of Cellular Neuroscience at the University of Göttingen have identified an alternative Epo receptor. They found that treatment with human Epo also prevents cell death in some insects, although these animals do not possess Epo themselves and do not have the classical Epo receptor involved in human erythropoiesis. Their conclusion: these animals have a different receptor which enables Epo to trigger the cell-protecting mechanisms similar to those in human nerve cells.

In migratory locusts, Professor Ralf Heinrich's team has now been able to show that CRLF3 (cytokine receptor-like factor 3) is just such an alternative Epo receptor. Cultures of nerve cells, taken from brains of locusts, die in the absence of oxygen, similar to the brain cells of stroke patients. By adding human Epo, the locust brain cells can be saved, but only as long as the presence of the CRLF3 receptor in the cells is not artificially suppressed. The research team was able to identify this receptor in a total of 293 different animal species. Among them are 259 vertebrates, including humans.

In evolutionary history, CRLF3 emerged at the same time as the development of the nervous system, which suggests that this receptor plays an important role in nerve cells. The similarity of the protein sequences is surprising: CRLF3 remained remarkably similar from cnidarians (eg jellyfish) to humans. "The important question now is whether the activation of CRLF3 also prevents cell death in our brain," said Nina Hahn, first author of the study. "Structurally, the CRLF3 receptors of locusts and humans are very similar. This leads us to hope that their protective function in the brain is the same.”

Original publication: Nina Hahn et al. The Orphan Cytokine Receptor CRLF3 Emerged with the Origin of the Nervous System and Is a Neuroprotective Erythropoietin Receptor in Locusts. Frontiers in Molecular Neuroscience (2019), Doi: https://doi.org/10.3389/fnmol.2019.00251 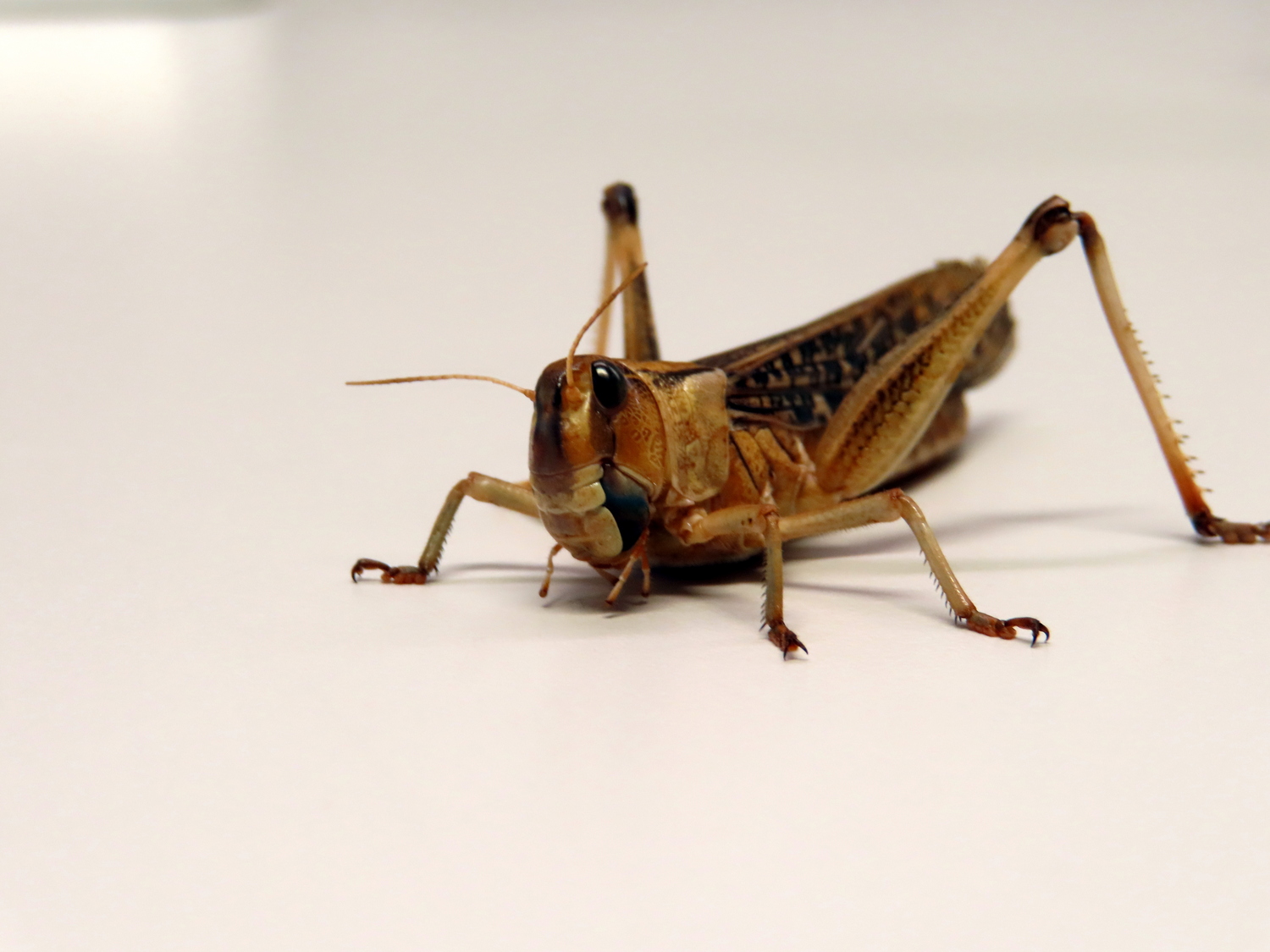 Adding human Epo enabled the brain cells of the locust (here stained with phalloidin and propidium iodide) to be saved.