Press release: Travellers for the city: Göttingen's messengers and envoys in the Middle Ages

They maintained contact with the rest of the world, were constantly in danger, had to have an iron constitution and were paid by the mile: the Göttingen city messengers in the Middle Ages. Dr Dieter Neitzert from the Institute for Regional Historical Research at the University of Göttingen has studied them. In his recently published book "Göttinger Boten und Gesandte. Reichweite und Intensität städtischer Kommunikation zwischen 1400 und 1450" (Göttingen’s Messengers and Envoys: Range and Intensity of the City’s Communication between 1400 and 1450), Neitzert documents for the first time an important period in the history of communication in the city of Göttingen.

Messengers and envoys connected the city of Göttingen with the neighbouring towns and noblemen, the sovereign dukes, landowners and the king. The low-paid messengers walked long distances, mostly on foot. The envoys and council commissioners rode on horseback and, as a rule, were authorised to represent the city in foreign negotiations, for example in matters concerning the Hanseatic League (an organisation founded by north German towns and German merchant communities abroad to protect their mutual trading interests). Neitzert analyses many issues from the history of everyday life as well as presenting a unique slice of daily administrative life from that time.

The emblem of the messengers was important: the coat of arms worn on their chest, which identified them as persons protected by the city. This often protected them, but not always, as the Göttingen messenger Tile Quentin experienced when he travelled through Moringen on behalf of the Göttingen Council in 1440. There, the local people threw him into a moat intending to drown him. "In view of the city's many thousands of errands, however, there were surprisingly few incidents," explains Neitzert, "even when messengers were injured or occasionally died of exhaustion”.

Neitzert examined over 13,000 hand deliveries and more than 1,000 news items carried by mounted courier that took place between 1401 and 1450. "The city accounts from the first half of the 15th century allow a fairly accurate depiction of the traffic of communication; the maps produced from them show the extent of the city communication area," says the historian. The destinations of news from the city and the origin of foreign messengers illustrate the city's position at this time when there was still dependence on the sovereign duke despite its burgeoning independence. Neitzert has thus provided a classic description of Göttingen's political, personal and communicative network. The monograph is therefore an extremely important building block for the history of the city of Göttingen in the Middle Ages. 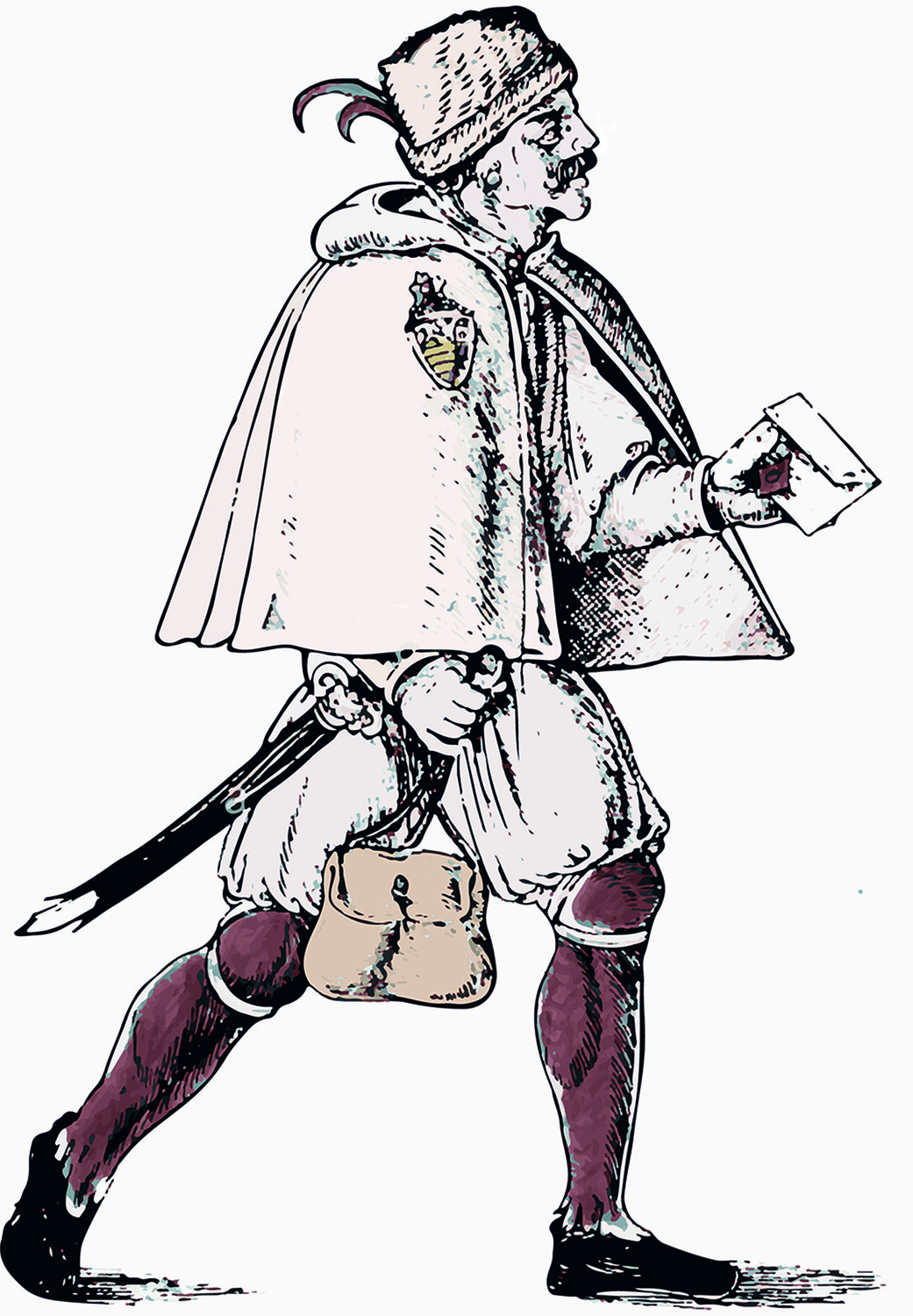 The low-paid messengers travelled long distances, mostly on foot. This image is a reworking of a Nuremberg print from around 1520 by Hans Guldenmund.