Researchers at the University of Göttingen see risk to corporate development

The financial crisis has caused discussions on the appropriateness of executive compensation. As a result, there have been initiatives in many countries to insert “clawback provisions” into executive contracts. The intention is to prevent behaviour by board members that is oriented towards short-term goals by allowing companies to recoup compensation already paid out to executives under certain conditions. However, researchers at the University of Göttingen have discovered that these provisions can also lead to undesired consequences for corporate development.

Michael Wolff, Professor of Management and Control at the University of Göttingen, and his team have investigated the consequences of clawback provisions for corporate development. The scientists evaluated data from almost 1,000 listed US companies over a period of more than ten years. US companies were chosen as the subject of the study because clawback provisions became widespread in these companies much earlier than in Germany, partly due to the Dodd-Frank Wall Street Reform and Consumer Protection Act.

The key findings of the study were that the introduction of a clawback provision changes the way risk is perceived and thus the basis for decision-making by executives. The researchers found robust empirical evidence that the strategic repertoire deployed by a company is reduced by an average of six percent as soon as a clawback provision is introduced.

"Evidently, executives then focus more on avoiding mechanisms that might trigger a recoupment: hence they neglect value-adding but risky research and development projects, market expansions, product adaptations and similar projects," says Wolff. This effect is even greater if the clawback provision contains more and less transparent recoupment conditions, because the board members are unable to assess the circumstances in which the clawback provisions might be triggered.

The altered behaviour of executives poses a threat to the long-term development of the company. "If the whole strategic repertoire is not utilised because executives want to avoid risk, it becomes increasingly likely that long-term market opportunities and trends will not be taken into account sufficiently in corporate management," says Wolff.

In the course of the study, the results were also reflected upon with experts from business. Among other things, the transferability of these results to German companies was confirmed. Clawback provisions and their consequences should be considered in a more discerning way than before, the researchers claimed. "Supervisory boards, which are common in Germany and some other parts of Europe, oversee executives and take their membership from shareholders and employees. These boards should also be aware of the potential negative effects of clawback provisions when they are introduced and critically reflect on them against the background of strategic challenges," says Wolff.

Specifically, the supervisory board should critically review the introduction of clawback provisions in companies with a high need for strategic change, and keep an even closer eye on the strategic development of the company. In order to minimise potential undesirable consequences, the clawback provisions should be designed in such a way that, from the point of view of the executives, the events that would trigger the clawback provision are as transparent as possible.

Faculty of Business and Economics

Professor of Management and Control 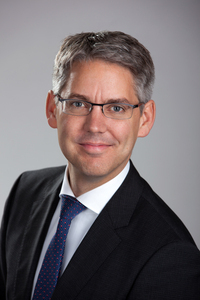