Antibiotics are among the most important discoveries of modern medicine and have saved millions of lives since the discovery of penicillin almost 100 years ago. Many diseases caused by bacterial infections – such as pneumonia, meningitis or septicaemia – are successfully treated with antibiotics. However, bacteria can develop resistance to antibiotics which then leaves doctors struggling to find effective treatments. Particularly problematic are pathogens which develop multi-drug resistance and are unaffected by most antibiotics. This leads to severe disease progression in affected patients, often with a fatal outcome. Scientists all over the world are therefore engaged in the search for new antibiotics. Researchers at the University of Göttingen and the Max Planck Institute for Biophysical Chemistry Göttingen have now described a promising new approach involving “antivitamins” to develop new classes of antibiotics. The results were published in the journal Nature Chemical Biology.

Antivitamins are substances that inhibit the biological function of a genuine vitamin. Some antivitamins have a similar chemical structure to those of the actual vitamin whose action they block or restrict. For this study, Professor Kai Tittmann’s team from the Göttingen Center for Molecular Biosciences at the University of Göttingen worked together with Professor Bert de Groot’s group from the Max Planck Institute for Biophysical Chemistry Göttingen and Professor Tadgh Begley from Texas A&M University (USA). Together they investigated the mechanism of action at the atomic level of a naturally occurring antivitamin of vitamin B1. Some bacteria are able to produce a toxic form of this vital vitamin B1 to kill competing bacteria. This particular antivitamin has only a single atom in addition to the natural vitamin in a seemingly unimportant place and the exciting research question was why the action of the vitamin was still prevented or “poisoned”.

Tittmann's team used high-resolution protein crystallography to investigate how the antivitamin inhibits an important protein from the central metabolism of bacteria. The researchers found that the "dance of the protons", which can normally be observed in functioning proteins, almost completely ceases to function and the protein no longer works. "Just one extra atom in the antivitamin acts like a grain of sand in a complex gear system by blocking its finely tuned mechanics," explains Tittmann. It is interesting to note that human proteins are able to cope relatively well with the antivitamin and continue working. The chemist de Groot and his team used computer simulations to find out why this is so. "The human proteins either do not bind to the antivitamin at all or in such a way that they are not 'poisoned'," says the Max Planck researcher. The difference between the effects of the antivitamin on bacteria and on human proteins opens up the possibility of using it as an antibiotic in the future and thus creating new therapeutic alternatives.

The research project was funded by the German Research Foundation (DFG). 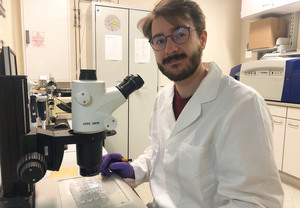 First author Dr. Rabe von Pappenheim examines protein crystals of a bacterial enzyme that was "poisoned" with an antivitamin. 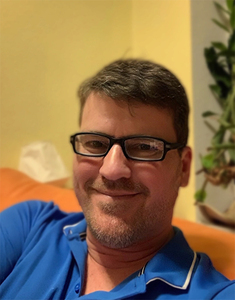 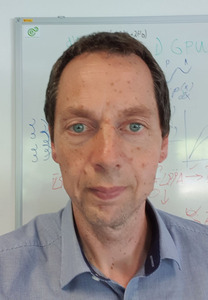